Producers’ association PACT launching in the US

Pact, the industry association for UK producers, is setting up a new US-based body.

Pact US will launch later this year and is about to recruit east and west coast execs to run the new association. The recruitment process is about to get underway, it said today.

The new body will represent US producers as well as UK producers working in the US. The launch comes amid a period of consolidation among US indie producers, which are getting acquired by super-indies and larger media companies in increasing numbers.

UK producers are also doing an unprecedented level of business stateside as the number of cable channels commissioning original programming continues to increase.

Pact UK chief executive, John McVay (pictured), said: “Pact will be making a major investment to launch Pact US this year. In an ever globalised industry – and with the US being the single most lucrative market for commissions outside of the UK – we want to make sure that we can deliver services to support both British and US TV producers in the USA”.

There are already several bodies representing producers and TV execs in the US including the National Association of TV Programme Executives (NATPE), and the Alliance of Motion Picture and Television Producers (AMPTP), the Producers Guild of America and the Independent Film & Television Alliance (IFTA).

Pact pointed to the fact that the US is the second largest source of sales and commissioning activity for UK producers as need for a new US-UK association. All of the international commissions won by UK indies last year came from the US. Furthermore, almost a third of UK indie producers’ revenues were derived from US business in 2013/14. 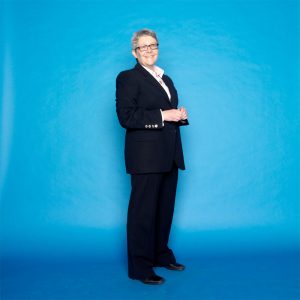 The US is also the most important coproduction market for UK companies and generates the most in terms of distribution revenue for UK-originated content.

Pact was instrumental in helping to negotiate the Terms of Trade, enshrined in the 2003 UK Communications Act, which allowed producers to retain rights to programming and exploit these internationally.

“Pact played a key role in enabling that success so it makes sense for us to offer all producers in the USA our experience, and to build a trade body which reflects the interests of the ever widening global industry”.

Pact UK is currently on trade mission to the RealScreen market in the Us,. with 51 of its members in attendance. A holding site for Pact US has been set up.