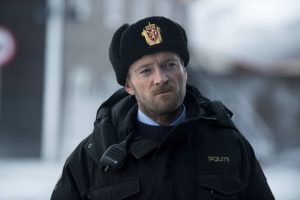 Sky is launching its original drama Fortitude across its European footprint simultaneously.

The series will bow on Sky in the UK and Ireland, Germany, Austria and Italy at the same time on Thursday January 29.

The pan-European launch is the first of its kind for the pay TV operator and comes in the wake of UK-based BSkyB’s takeover of Sky Italia and Sky Deutschland, to create a European pay TV giant that operates under the unified ‘Sky’ banner.

The multi-territory launch means that Fortitude will reach 20 million Sky subs across Europe. It will also reach 47 million US homes as it launches on US cable net Pivot, which stepped in as a coproducer when previous copro partner, Starz, pulled out.

Sky Vision distributes Fortitude and has presold it to Superchannel in Canada, ABC in Australia, Canal+ in France, SVT in Sweden, TV2 in Denmark, NRK in Norway, YLE in Finland, RUV in Iceland, VRT in Belgium, Ale Kino+ in Poland, Sky in New Zealand, Yes in Israel and OTE in Greece.

Sky said today the sales success of Fortitude makes it Sky Vision’s most successful show since its inception in 2012.

Fortitude follows a close-knit Arctic community that is ripped apart by a gruesome murder of a British researcher. It is written by Simon Donald (Low Winter Sun).

Stuart Murphy, director of entertainment, Sky said: “Launching simultaneously to 20 million customers demonstrates Sky’s increased reach across Europe, while record sales around the world mean an even bigger impact and greater returns. The fantastic reaction to Fortitude highlights the growing opportunity for us to create even more high-quality drama for international audiences in the future.”