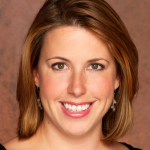 The exec will be executive VP, original programming at the MGM, Lionsgate and Paramount Pictures co-owned channel.

This will see Epix pushing into original drama and comedy commissioning, placing it against premium cable rivals HBO, Cinemax and Starz, which have prolific records in scripted TV. Epix has developed original projects before, but none have made it into production.

Known as a drama specialist, Diaz also worked at ABC Television and HBO. She counts live-action feature films such as Into the Woods and Very Bad Day at Walt Disney Studios, HBO dramas Boardwalk Empire and Big Love and ABC’s Lost, Ugly Betty and Pushing Daisies on her CV.

She will now put that experience towards creating original scripted shows for Epix.

“Our core strategy has always been to tell great stories, whether it’s through powerful documentaries like The Forgotten Four: The Integration of Pro Football or series for passionate fans like The Road to the NHL Winter Classic,” said the channel’s president and CEO, Mark Greenberg. “With Jocelyn on board, we’re going to be able to take this to a new level with original scripted series that resonate with our viewers.”

“I look forward to overseeing strategy for our original series and meeting consumer needs on their terms with compelling content and original series that provide a unique and full-spectrum entertainment experience,” added Diaz.