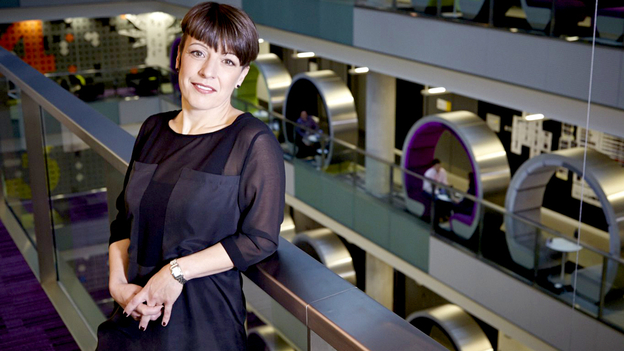 The COO of BBC England, Alice Webb, has been named as Joe Godwin’s replacement as director of BBC Children’s.

She will take on the post in February, following Godwin’s move to take over at the BBC’s training division, BBC Academy.

CBeebies controller Kay Benbow has been overseeing BBC Children’s, which comprises the CBeebies and CBBC channels and their production assets, since Godwin’s exit.

Webb will report to Peter Salmon, director of BBC England. She was key to the BBC’s move from West London to MediaCityUK in Salford, Manchester in 2012. Moving BBC Children’s to the new base was a centrepiece of the operation.

She has also held a number of other business-related roles at the pubcaster, but this will be her first content role.

“Alice is a rising industry star who has helped make the BBC and MediaCityUK the fastest growing digital hub in Europe and she brings the same energy, focus and conviction to one of the most crucial jobs in the sector,” said Salmon.

“I have no doubt she will lead their talented and passionate teams brilliantly through the huge audience and technology challenges ahead.”

“BBC Children’s makes the best content for children in the world, and it’s a real privilege to be asked to lead such an important part of the BBC, particularly in these fast moving, digital times,” said Webb, adding the job was her “dream” role.

Webb joined the BBC a decade ago from PA Consulting Group.