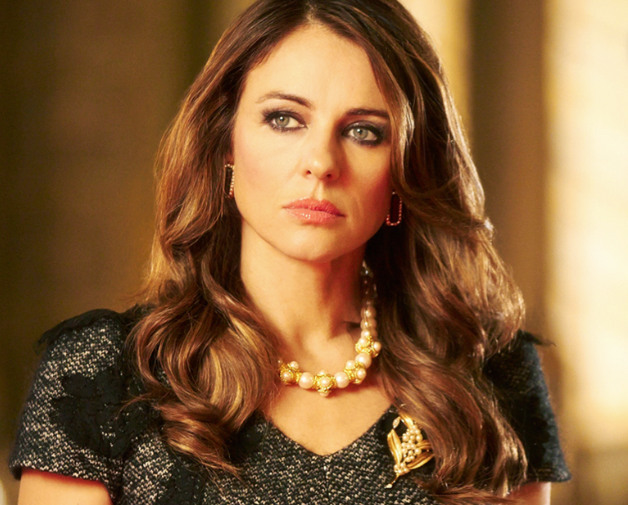 Royalty is in vogue. Ahead of the launch of Lionsgate’s series The Royals, TBI speaks with the studio’s TV boss Kevin Beggs, and looks at the other regal offerings in the market.

E! is best known for its glossy entertainment programming and awards show coverage, but like many US cable channels last year took the leap into drama, ordering its first series, The Royals. Shot in London, the show stars Elizabeth Hurley as Queen Helena, the head of a fictional British royal family.

Mark Schwahn (One Tree Hill) is executive producer, writer and director of the show and another One Tree Hill alumnus, Brian Robbins, is also an exec producer. The programme follows an imagined but contemporary royal family. Lionsgate is producing and Kevin Beggs, chairman of the independent studio’s television group, tells TBI that the show will fall squarely into the guilty-pleasure category.

“From an American perspective it will follow something delicious and forbidden, about a family whose exploits we vicariously live though in the tabloids,” he says. “For countries that have a royal family, it will be more about wish fulfillment.”

Lionsgate is well-versed in making drama for US cable channels, but E! is different in that it is a drama virgin. “We have made a living working with nets that are jumping into scripted, or using scripted as part of a rebrand or way to platform their channel, from The Dead Zone for USA [Network], Mad Men for AMC, Weeds for Showtime and Orange is the New Black for Netflix,” Beggs says. “We’re experienced at getting in on the ground floor. In the past two years, four or five new players have emerged, including Netflix, which we have gone into business with for the first time.”

Like another Lionsgate show, ABC country-music drama Nashville, location was key for The Royals – from both an editorial and a financial point of view. The series is set in London, and shooting in the English capital allowed Lionsgate to tap into the new tax break for high-end drama shot in the UK. “Like Nashville, we needed to be in a certain location from a purely creative point of view,” Beggs says. “With Nashville it needed to be made in the home of country music and it was an added benefit that the state of Tennessee offers tax breaks, which helps build the business case. I couldn’t conceive of [The Royals] made any other way, but the incentives are attractive.”

The expectation is for The Royals to launch on E! in March this year.

The E! show will not have the royal space to itself, however. Netflix, is also shooting a regal drama in the UK, The Crown, which is being made by Sony’s Left Bank Pictures and will star Helen Mirren as the British monarch. It will be tonally very different from E!’s sexy, glamorous take on the subject matter.

“I don’t know about the other show, but from what we know of working with Netflix it will be very different,” Beggs says. But can the market sustain two shows covering similar ground? “How many cop shows or lawyer shows are there?” Beggs counters. “Just when you thought you couldn’t do another one, you get a True Detective.”

If The Royals is a glossy entertainment-driven take on Britain’s ruling family and Netflix’s The Crown is a more serious high-end drama, another effort, Almost Royal, is a comedic take on regal life.

Produced by UK indie Burning Bright Productions, it was the first original comedy to come out of BBC Worldwide’s commissioning drive. The series was made for Worldwide’s US cable channel BBC America, which launched it in June.

On the unscripted front, the most notable royal offering is I Wanna Marry Harry. The format saw 12 women compete for their chance to marry Prince Harry, while living at an English estate. However, ‘Prince Harry’ was actually a lookalike. Shine International distributes the series, which was produced by Zig Zag Productions and Ryan Seacrest Productions for US network Fox.

Shine shopped the finished show to ITV in the UK, Network Ten in Australia and M-Net in South Africa. However, the programme underperformed on Fox, which pulled the dating reality hoax off air and replaced it with repeats, underscoring that US viewers are interested in British royals, albeit possibly less so than audiences in the UK and Commonwealth territories.

Factual offerings also abound. DRG recently picked up the ITN Productions one-off international rights to Prince Harry at 30, about the British prince. It builds on DRG’s relationship with ITN, which has already seen the distributor pick up another British royal doc, Prince George at One.