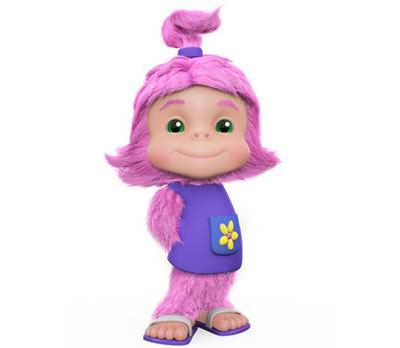 Canada-based producer and distributor Nelvana has come on board preschool CGI series Camp Yeti, which comes from Bob the Builder creator Keith Chapman.

Chapman has created a new UK-based company, Abominable Snowman, with Ian Liddell from Studio Liddell (Cloudbabies), to oversee the project.

Chapman and Lidell have previously worked together on Roary the Racing Car and Fifi and the Flowertots while Chapman was running his now-defunct Chapman Entertainment firm.

Nelvana has now entered a development deal for Camp Yeti. The producer is part of Corus Entertainment, which runs the kids channels YTV, Treehouse and Teletoon as well as Cartoon Network in Canada.

Camp Yeti will be a 52x11mins series and follow the adventures of a well-meaning yeti, Pigtail Poppy, and her friends at a summer camp in the mountains.

TBI first reported details of the show in October last year. “The brief was to create a show that has Pixar quality CG fur on a children’s TV budget,” he said at the time. “That was the challenge and we’ve managed it.”

“We’re excited to be working with Keith Chapman and Ian Liddell on this new series,” said Irene Weibel, vice president, Head of Nelvana Studio. “Keith has a strong history of creating compelling series that kids love, such as the iconic Bob the Builder, and we know that Camp Yeti will be a world that kids won’t be able to resist.”

Development has now started on the show and it is scheduled to deliver in autumn 2016.

“We are thrilled to be collaborating with Nelvana on developing the world of Camp Yeti,” said Chapman. “With the experience and skill sets between us, our aim is to produce a world class show and create a unique place where all children will want to go.”