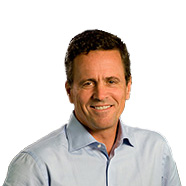 Discussing the move yesterday, Vodafone said that it would use its fixed line assets acquired through its 2012 takeover of Cable & Wireless, in a move that will see it take on the likes of UK incumbent BT and mobile rival EE, which is also due to launch a TV offering.

Speaking on Vodafone’s Q2 earnings call, Vodafone’s regional CEO for Europe Philipp Humm (left) said that with the currently dormant Cable & Wireless network, Vodafone has more than 500 exchanges that deliver a “VDSL [high-speed internet]-like speed,” covering “a little bit more than 50% of the homes here in the UK”.

Asked about the specifics of Vodafone’s TV plans Humm said: “We would not definitely comment on giving out set-top boxes like EE does at this point in time. We’ll have to see what we do once we have then the things ready and launched.”

“We have a wide, wide range of content agreements, distribution content agreements with the usual suspects and the usual big brands. So we think we have a very solid competence that we can deploy further in this area but please don’t ask me today if I’m going to bid for football rights because that’s not the priority for the time being,” said Vodafone CEO Vittorio Colao.

Speaking on Vodafone’s earnings call, Colao said that 4G technology is accelerating data growth and that one fifth of its mobile data in Europe is now from its 4G network.

Alongside this, he said that “content is clearly important”, with Vodafone bundling Netflix with its offering in four markets.

“Video and audio today is 40% of the total traffic. Video is increasing almost 90% in Europe,” said Colao, citing YouTube and Facebook as helping to drive this growth.