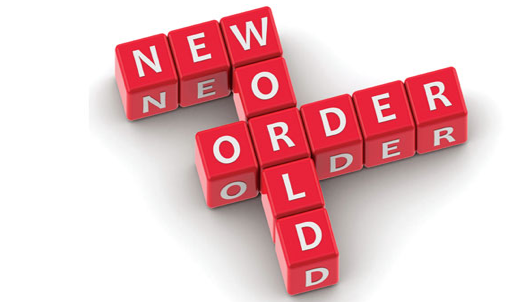 In the second part of our report into the wave of top-level consolidation in the international TV business, key execs explain how current events are affecting their businesses.

Having launched and built one of the original super-indies, RDF, steered it through an IPO and then run the company that acquired it, Zodiak Media, David Frank has been at the heart of much of the defining M&A and consolidation in the TV sector.

He says a lot of the consolidation activity can be traced back to the changes in the Terms of Trade in the UK, which allowed producers to retain rights and build international businesses. “It was natural the likes of RDF, Shine, Shed and All3 would move into new genres and into the US and other new territories, and the next turn of the wheel has seen them grow to become even bigger,” he says.

As he starts over with a new content business, Dial Square 86, he says the next wave of consolidation will be different from what’s gone before. “The nature of the market has changed,” he says. “I’m not sure the next sizable group will look and feel like a traditional TV-based production business. TV will be a part of the next-generation businesses, but they will look beyond standard platforms and the standard broadcast model.”

As producers, distributors and broadcasters grapple with the new, fragmented, content world, Frank says Dial Square is investing in companies that are embracing, rather than fearing, the change. “When I left Zodiak, I asked myself whether it would be fun to do it a second time. And if I’d set out to do it exactly the same way, it wouldn’t have been. But it is exciting to work with companies that have a fire in their bellies and come with new business models applicable to the market as it is today.”

Dial Square will operate in three areas: with content creators, with businesses working in tandem with content companies, and with companies distributing content. With high-level consolidation playing out and the larger indies subsumed into larger groups, opportunities are being created, Frank says. “The independent sector is like that of the early 2000s: it is highly populated, but there are a lot of companies that don’t have scale. It’s a great opportunity to build again into that vacuum. If that assumption is correct, we can step in as a second-round consolidator.”

FremantleMedia CEO Cecile Frot-Coutaz says consolidation and then fragmentation is a natural cycle – and the content business is currently in a consolidation phase.

She identifies different categories of deal taking place, with some driven by an industrial logic such as Warner Bros. acquiring Eyeworks, and others by financial and shareholder considerations such as Discovery Communications and Liberty Global’s All3Media takeover.

FremantleMedia has been part of the consolidation story, but has taken a less aggressive approach than some of its peers in the latest round of activity. Frot-Coutaz highlights organic growth opportunities such as the relaunch of UK drama banner Euston Films with Kate Harwood.

The company has made acquisitions amid the latest round of buying and selling. It took a controlling stake in Jersey Shore prodco 495 Production earlier this year and upped its exposure to the scripted sector with a deal for a 51% stake in Danish prodco Miso Film last November.

It has also bought into German online channel operator Divimove and made its biggest move going in for All3Media earlier this year (to no success), but Frot-Coutaz says FremantleMedia won’t be encouraged to do deals simply because a lot are being done elsewhere.

“It has to be accretive for our shareholders and make sense strategically,” she says. “We won’t just get into the rat race because everyone else is doing it. The risk if you do is that you end up overpaying, the company you acquire doesn’t fit, and in three or four years you lose the people.” She adds: “Eighty percent of M&A fails.”

Sean Cohan wears two hats as international boss of A+E Networks, which operates channels in 180 territories as well as distributing an 11,000-hour catalogue of programming.

Wearing his channel-operator cap, he admits that consolidation on the platform side brings challenges. “The business does get tougher and also more dynamic,” he says. “As a channel operator, if platforms are consolidating and merging it might make it tougher on margins. On the positive side, consolidation in the past has led to innovation and growth in pay TV.”

He notes that changes in the German pay TV business – with Vodafone buying Kabel Deutschland, Liberty acquiring Unitymedia and Kabel BW and 21st Century Fox taking majority control of Sky Deutschland – have brought a new dynamism to the market along with the added challenges.

“Partly because Liberty and 21st Century Fox got active, a new level of professionalism and approach to pay has come in, and more investment has been attracted,” he says. “But, on balance, it is tougher.”

However, looking at the content-sales side of the business, the defining industry change in recent years – the arrival of Netflix and its counterparts as serious players – is a boon. “As a content seller another buyer can drive activity around premium drama.”

Farah Ramzan Golant joined All3Media in late 2012 and was (rightly) seen in the industry as the executive brought in to secure a sale of the production and distribution group after previous attempts faltered. Having successfully shepherded the Discovery/Liberty deal through, she has left All3, but few executives have a better window on the current round of consolidation.

The rebound of the UK economy has brought a new recognition of the value of the country’s content businesses, she says.

“There has been a return of confidence in the UK economy and creative industries, and recognition that they punch above their weight,” says Ramzan Golant. “The desire for scale is a consequence of that. There is now a sense that content makes a real economic contribution.”

The recognition of the value of content goes beyond the UK, she adds. “Back in the day, the broadcasters were seen as building a network and building the machine, and their efforts were recognised,” she says.

“You also know you want the high-quality content, the top-value returning content, not the mediocrity, and the competition wants that, too.”

One interesting facet of the upcoming mega-consolidation is that Zodiak Media and Banijay Group will likely be elevated to the positions of the biggest truly independent production groups on the market.

“I believe this consolidation process is a big opportunity for medium-sized groups like Banijay, because often belonging to big groups implies being less agile, too bureaucratic for creatives, and sometimes the big companies belong to groups that are competing with their own clients,” says Banijay CEO Marco Bassetti. “Being a ‘big indie’ is the best positioning.”

The Banijay Group was formed in 2008 by former Endemol France boss Stéphane Courbit, who then went about acquiring a number of French and international producers to grow its own scale to significant size. A deal for Scandinavia’s Nordisk Film TV led to the creation of distribution arm Banijay International.

Shine has MasterChef, Talpa has The Voice and Endemol has Big Brother, but Banijay is still waiting for its true breakout hit. “I believe that the fact Banijay is not defined by a specific format is more an opportunity than a weakness,” says Bassetti. “It allows us to be perceived as a strong company not only in one genre.

“We are investing a lot in new pilots, and we are relaunching unique and important formats like Temptation Island in Italy and Popstars in Denmark. We believe there can be a brilliant future for these formats that are still very unique in their genre.”

However, with rival indie groups set to become a lot bigger in coming months, Zodiak is looking out on a new landscape. “For me, these are delicate processes, and the fact that some of our competitors will be a bit distracted in some ways is something we can’t complain about,” says CEO Marc-Antoine d’Halluin.

D’Halluin says a further boon is that Zodiak is mid-sized in each operational market. “Channels like being in business with us because we are not trying to aggressively leverage key content, like some companies have done in the past,” he says. “Ultimately this can leave them with volume deals they can stuff with mediocre content that channels have to swallow.

“It’s clear that at some point these mega-companies will suffer from a lack of creativity, because you have to give creative people an upside in the successes they create. It’s easier to structure that at a mid-sized indie.”

The Zodiak boss says the M&A will continue. “The number of small companies that have been able to develop themselves is bigger today than it was a few years ago,” he says. “There’s going to be a constant theme of these companies growing and getting subsumed by bigger companies.”

Consolidation has been a constant for Steven DeNure. The company he cofounded in 1997, Decode, acquired Halifax to create DHX Media, and that Canada-listed entity has proceeded to bulk up with the acquisition of Degrassi producer Epitome, the Ragdoll BBC Worldwide catalogue and now a trio of Canadian kids channels. Before any of this he was at Canadian studio Alliance, which fatefully merged with Atlantis in 1998 in an earlier round of consolidation.

“We are now in a period of a lot of consolidation, for a number of reasons,” he says. “There is rapid technological change and there is available capital. It’s such a disruptive business environment: Amazon is in the content business, Google is making acquisitions. There are very large, well-capitalised companies buying things at big prices, but the companies are of a size that if it goes wrong, it won’t kill them.”

DHX is listed on the Toronto Stock Exchange, and acquisitions are part of the plan. The Canadian channels deal gave the company a 360-degree proposition, from development to transmission through to international sales. The Family Channel assets actually came to market as telco Bell was forced to put them on the block as part of the regulatory sign-off on its C$3.4 billion (US$3.1 billion) deal for channels group Astral Media.

Looking ahead, there is the scope to add prodcos, and a keen focus on digital. “We look at everything, but as the world of content distribution changes, does [acquiring more] linear channels make sense, or should we explore new distribution platforms?” DeNure says. “Internationally, we will continue to focus on non-traditional distribution systems. YouTube is great for our catalogue and a great way to get content out there. It’s an interesting new focus in a market where, traditionally, linear broadcasters haven’t had enough shelf space.”