Entertainment One Television is restructuring its distribution operations to bring its TV and film sales units closer together. 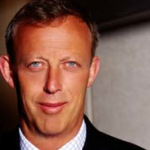 (pictured) is rejigging operations in the UK, US and Canada to bring TV and film sales under single leadership, and to “support the strategic placement of new hires in major markets throughout the coming year”.

As part of the restructure, Charlotte Thorp, head of television sales and business development, will now oversee UK sales to linear broadcasters and on-demand platforms. She will report to both Alex Hamilton, managing director of eOne Films UK, and Baxter.

This would allow sales executives to focus on individual markets and provide clients with a single point of contact in those territories, said Baxter, who replaced Peter Emerson as international president back in May.

“Our new approach will enable us to retain our strength in being dynamic, flexible and transparent while adding infrastructure and processes that will help us maximise efficiencies and opportunities for our production and broadcast clients,” said Baxter. “More and more, we are combining our strengths in film and TV to better coordinate and support all of our clients.

Former Warner Bros., BBC Worldwide and Sony Pictures Television executive Spencer will manage sales of shows such as The Walking Dead and Rookie Blue into central Europe, the Middle East and Russia, while Charman is on leave.

Baxter welcomed Spencer to the fold. “I have known Graham for many years, and his business acumen and relationships across Europe will be very valuable as we continue in our growth,” he said.