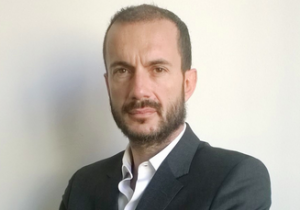 Company co-founder Scortegagna is stepping down in the next few weeks, at which point Grilloni, currently Zodiak Active’s COO, will take up the post.

“Having prepared the transition with him since January, I’m sure that Attilio will be the perfect leader to drive our amazing teams toward the next phase and to an even brighter future,” said Scortegagna.

“After 14 years with the company, I feel now is the right time for me to look forward to new entrepreneurial challenges.”

Zodiak Active began life as Neo Network before Zodiak acquired and rebranded it. Its productions include Victor Victoria and Divano Football Club.

Grilloni (pictured) has worked for many of Italy’s main broadcasters – Rai, La7, Italia1 and Rete4 – and as commissioning editor for MTV Italia. He joined Zodiak Active in 2012 as entertainment director before being promoted to COO.

In his new role, he will report to Magnolia Italy managing director Leonardp Pasquinelli.