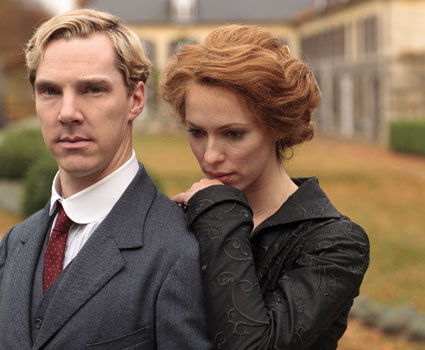 Worldwide, the commercial arm of the UK pubcaster the BBC, and Lookout Point have inked a five-year distribution and coproduction pact as part of the deal.

The UK-based prodco, which was founded by Simon and Justine Vaughan in 2009, and Worldwide have worked together previously on Parades End (pictured left) and Ripper Street (below right).

As part of the deal, Worldwide’s director of commercial and legal affairs, Saul Venit, will leave the organisation to join Lookout Point.

The producer has also recruited Seb Shorr from the Industry Media consultancy and he will run business affairs.

Tim Davie, CEO of BBC Worldwide said: “The Lookout Point team have a great record, nurturing a culture of creative freedom and championing the best UK talent. Their output is of the highest quality, loved by audiences worldwide and we are delighted to be deepening our relationship.”

Simon Vaughan, Lookout Point’s CEO says: “We didn’t want to sell our company, we wanted to build it. And we seem to have a unique model – part producer, part distribution company.”