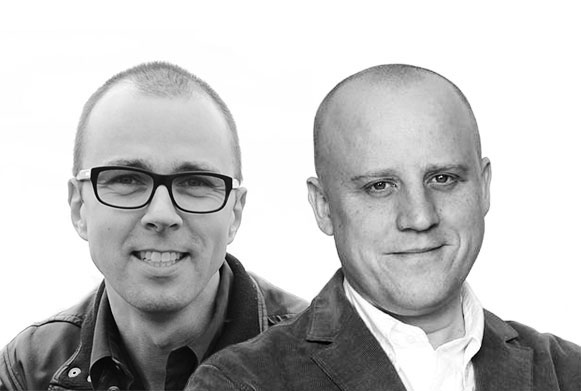 Under the new structure for Nice’s Danish operations, Strix CEO Fredrik Hillerbrand (pictured, right) will oversee all production operations in the country.

Between them, Strix and Gong have 14 shows in production in Denmark.

“Both Gong and Strix are on a steep development curve and we are really, a perfect match,” Hillerbrand said. “Gong is very strong in the factual genre and complements Strix within the entertainment genre, where Strix is famous for their reality and lifestyle programs.”

He added: “I’m really looking forward to create a new production company together with the talented employees from Gong and Strix in a perfect harmony.”

The companies will physically join forces in a new location and there will also be a new management structure. Details of both have yet to be confirmed.

Outgoing boss Majholm (pictured, left) said: “It has been an amazing journey since I started Gong six years ago. We have told some important stories, entertained millions of viewers, created a great business as well as a lot of jobs

Morten Aass, Nice’s CEO and president added: “Together, Gong and Strix will be able to focus even more resources on developing and producing strong concepts for the Danish market. Many of which, hopefully, will have international potential.”