Dutch broadcaster SBS Broadcasting has appointed Peter de Mönnink as its new CEO, as part of a management rejig by parent company Sanoma. 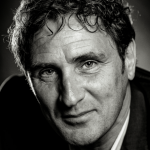 De Mönnink (pictured), who is already CEO of Sanoma Media Netherlands, will take on the SBS Broadcasting top job in addition to his existing duties, starting October 1.

He takes over from Hans Edin, who has been interim CEO of SBS Broadcasting for the last year and a half and will move to a new role in the company.

In this role, Edin will work closely with Sanoma’s TV management in the Netherlands and Finland and report to Sanoma’s president and CEO Harri-Pekka Kaukonen. He will also join the Supervisory Board of SBS Broadcasting.

“We are grateful to Hans Edin for his important contribution to SBS Broadcasting. Hans has succeeded in creating a stable environment and a solid basis for future growth,” said Kaukonen.

“We aim to deliver consumers with smart and innovative cross media experiences. The new ‘double role’ of Peter de Mönnink undoubtedly contributes to a closer co-operation between SBS and Sanoma in the Netherlands.”

Sanoma is based in Finland and has operations across more than 10 European countries spanning magazine and newspaper publishing, TV and radio assets and education publishing.