Eileen O’Neill has been promoted to global group president of Discovery Studios, and is set join All3Media’s board as a reult. 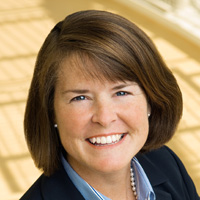 To this point executive VP, global production management Lee Bartlett had been leading Discovery Studios. He remains in charge of a number of other units, including Discovery’s business affairs operation.

Discovery – along with cable TV cousin Liberty Global – is currently in the final stages of buying UK-based production group All3 for £550 million (US$930 million). This will significantly increase its capabilities, making it the de facto biggest producer in Britain.

O’Neill, who has been with Discovery for a quarter of a century, will take a seat on All3’s board when the deal closes. Bartlett will also have a place on the All3 board, and keeps his seat on the boards on the already-owned Raw and Betty.

As a result of the changes, TLC and Animal Planet group president Marjorie Kaplan will become interim head of Discovery Channel. She is another long-serving Discovery exec, having joined 15 years ago.

Edward Sabin will remain as COO of Discovery Channel, plus TLC, Science Channel and Velocity.

O’Neill will report to Bruce Campbell, who oversees the Discovery Studios Group as part of his recently expanded chief development and digital media officer and general counsel role at Discovery.

“One of the key pillars of Discovery’s success over the past eight years has been our significant investment in world-class content across all screens, and part of that strategy has focused on strengthening our in-house studio capabilities, acquiring more IP across new genres and formats, and bringing some of the world¹s top production houses into our company,” said Discovery CEO David Zaslav.