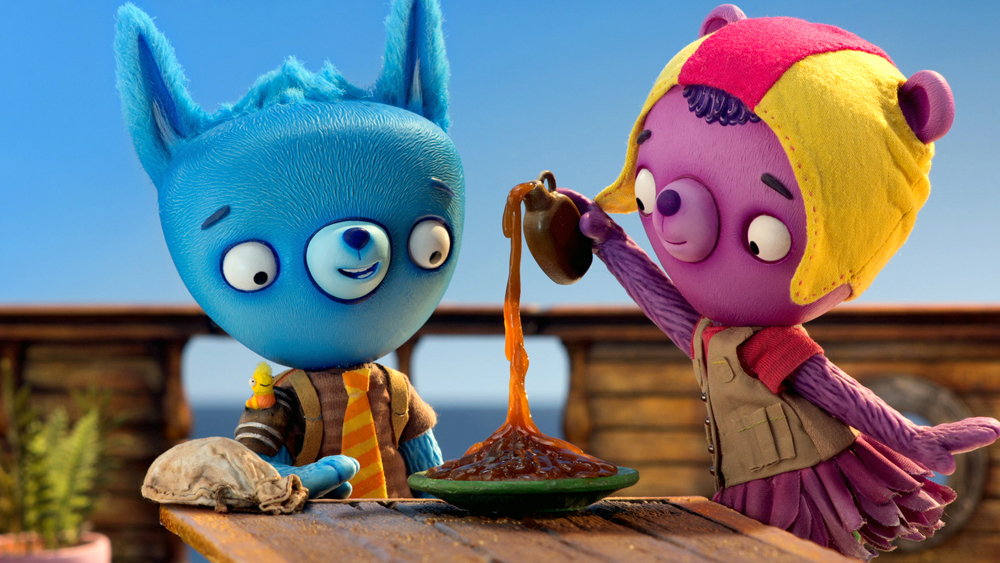 They join the previously announced Sara Solves it on Amazon’s new slate of kids pilots that launch in early 2015. Amazon’s latest batch of drama and comedy pilots will made be available to subscribers this week.

The Stinky & Dirty Show is a preschool show based on a book series from Jim and Kate McMullan, and comes from Ireland’s Brown Bag Films. It follows” the adventures and mishaps faced by best friends and unlikely heroes Stinky the garbage truck and Dirty the backhoe loader”.

Niko and the Sword of Light is for kids aged 6-11 and based on a graphic comic from Imaginism Studios (Alice in Wonderland) and Studio NX (Tree Fu Tim).

Rob Hoegee (Generator Rex) will write the show, which comes from Titmouse (Turbo FAST) and follows a young boy with a magic sword that embarks on a quest to defeat enemies and bring light back to his land.

Live-action shows Table 58 and Just Add Magic are also for 6-11s. The former is a single-cam comedy from May Chan (Phineas & Ferb) about a group of geeks that occupy a high school lunch room table.

Just Add Magic is based on Cindy Callaghan’s young adult book series of the same name, with Joanna Lewis and Kristine Songco (Fairly Odd Parents) and Nancy Cohen (Sabrina) adapting it for Amazon.

Another single-cam comedy, it follows on a girl and her best friends that discover her grandmother’s mysterious cookbook.