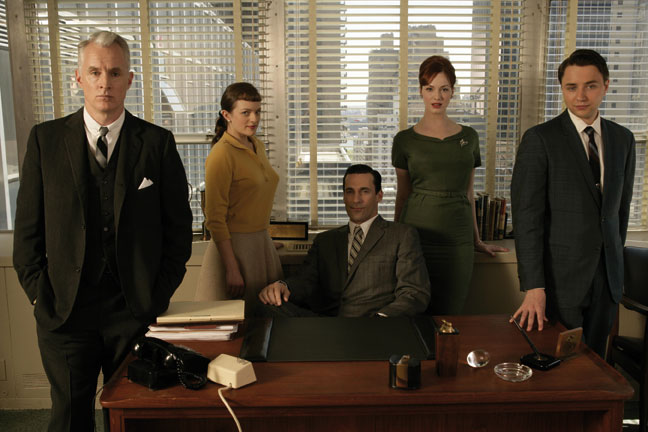 The new service is available now on smartphones and tablets in Sub-Sahara Africa and was launched by connected platform provider Vonetize, in partnership with an unnamed Nigerian technology company and billing solution provider SmartPay.tv.

The service, which is fully operated by Vonetize, has deals in place with major Hollywood studios such as Disney, Warner Brothers, MGM and Miramax and will offer popular shows like Mad Men (pictured), Weeds and Anger Management.

Aflix costs US$9.99 per month, with new releases available for 48 hours at a rental price of US$4.99. Users will be able to pay using physical vouchers at retail stores, redeemable inside the Aflix app for content bundles.

Vonetize builds and operates various premium content services on smart TV and connected devices platforms and Aflix is based on its SmartVOD offering. This is Vonetize’s premium VOD service, featuring content from tier-1 studios.

“Africa is on the verge of booming with new and exciting content offerings, based on a growing penetration of broadband and wireless connectivity. SmartVOD brings to Africa a top-notch content service, reasonably priced and available on any device, anywhere,” said Noam Josephides, CEO of Vonetize.

The firm said that, following its initial launch, it plans to expand across Africa during 2015, making the service available on LG, Toshiba and Samsung smart TVs, as well as set-top-boxes.