Channel 4’s CEO David Abraham has slammed the growing number of US studios owning UK production companies, claiming the term “super indie” has lost its meaning as a result. 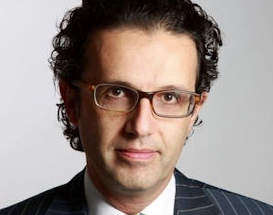 In his MacTaggart speech at the Edinburgh International Television Festival last night, Abraham took aim at the Murdoch family and cable TV giant John Malone, all of whom are set to benefit from UK production consolidation.

“In recent years we’ve seen a parade of Americans standing up here at the MacTaggart telling us how things ought to be done,” he said, referring to speeches from House of Cards actor Kevin Spacey and Google chairman Eric Schmidt. “But, how do you explain the number of US entities queuing up to buy our producers and now, our broadcasters?”

“2014 could go down as the peak year of the Gold Rush of British television,” he said. “In just a few months we have seen a spate of deals that will reshape our industry and alter where decisions get made and by whom.”

Referring to recent M&A developments that could eventually see 21st Century Fox and Time Warner merge, and Fox become joint owner of a merged Endemol-Shine-Core Media Group along with US hedge fund Apollo Global Management, he questioned how long it would take for an enlarged Fox to take over the new Sky ‘Europe’ group – itself a merger of three Murdoch-backed European paycasters.

“It may be on hold for now but, if Fox, Time Warner and Shine/Endemol all merge, how long before that would subsume Sky Europe – presumably all taking sensitive nuanced direction from a Murdoch in New York?” he questioned. “By the way, such an entity would have combined revenues three and a half times the size of the entire UK television industry. Just think about that for a moment.”

He said Channel 5 “now takes it orders” from Viacom in New York – though the deal is not yet rubber-stamped by regulators – and that “Liberty and other US shareholders are trying to play footsie with ITV” following Liberty’s acquisition of BSkyB’s stake in the commercial broadcaster.

This could “eventually put Britain’s largest commercial channel in the hands of [Liberty owner] Dr John Malone, resident of Colorado and who also now controls the UK’s pay-cable platform Virgin Media; our largest producer, All3; and Discovery”, he added.

Abraham also took umbrage at giant tech and mobile companies treating TV as “a combat vehicle” to compete with one another, before adding: “An Apple-Disney merger would substantially dwarf Fox-Warner-Sky.”

One effect of the emergence of mega-mergers would be a drain on UK creativity, he added. “Scale demands an increased focus on cost-cutting and margins. Reformatting ideas is more efficient than the messy business of finding new ones. Fear of risk overtakes an appetite for it.”

Furthermore, the rush of US companies buying UK prodcos for seemingly over-inflated prices was illogical, he said. Some indie owners had privately told Abraham “even they, as they sell, cannot fully understand the thinking behind how their companies are valued”.

Abraham praised the UK public service broadcast system, recalling a statistic that the sector was responsible for 80% of the £1.7 billion (US$2.8 billion) spent on original UK commissions last year. The other £381 million came from the multichannel players, he added, while also noting dominant paycaster Sky had paid shareholders £750 million back last year.

However, the Commercial Broadcasters Association (COBA) has subsequently refuted this, claiming his figures refer only to multichannel commissions from indies, and not in-house production. COBA claimed its members had, in fact, invested £725 million on UK production last year.

He also promised Channel 4 would not set up an in-house production business, and backed the BBC’s desire to change the UK’s terms of trade to make them different for the new ‘mega’-indies and small-to-mid-sized companies.

“The term ‘superindie’ has, in effect, become redundant,” he said. “There are now just indies and studios.”