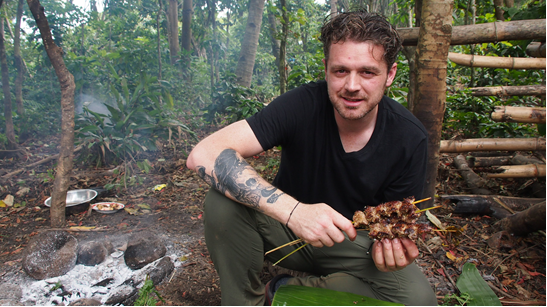 Nomad Chef will follow Zonfrillo (pictured) as he journeys to remote communities to hunt, forage and cook with with ingenious locals. After returning to his city-based restaurant, he will then develop a menu inspired by his travels.

The other show, The Fabulous Baker Brothers: a Bit of Britain (WT), will follow British chefs Tom and Henry Herbert as they seek to prove British dishes are the best in Europe via a mobile kitchen.

Both will launch this fall across DNI networks in more than 220 territories, including Asia-Pacific, Europe, Middle East, Africa and Latin America.

Discovery-owned UK prodco betty will produce The Fabulous Baker Brothers: A Bit of Britain. Channa exec produces for Discovery, while Ian Carré does the same for betty.

“Food and travel are genres that resonate well around the world for our lifestyle brands, and we’ve managed to combine the two as we take audiences along with the brothers on this gastronomical road trip,” said Channa.