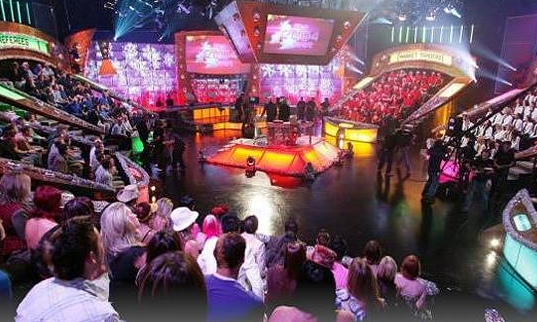 The Talent TV Group is disposing of its subsidiaries and bringing in a new chairman in a wholesale restructure.

The UK-based production group, best known for producing Eyeworks format Test the Nation in the UK for BBC, is has sold Talent TV South factual division to Stitchcombe for £96,000 (US$161,040).

Stitchcombe is a UK-based lifestyle content company and is run by Marianne Benton and her husband Bob, the founder of Bob & Co. who also remains a major shareholder in Talent Group.

A new entity, ‘Talent 2014 Limited’, will, meanwhile, acquire holding company Talent Holdings’ shares and take on £270,500 of outstanding Talent Holdings and Talent TV debt. A separate £944,000 loan provided by Terry Bate will not be assumed by the new entity.

Marcus Yeoman, who runs private equity firm Springtime, will be chairman of the new plc, which will raise an additional £50,000 through a new share subscription. Shareholders in the previous plc will continue to have an interest in the renamed company, including Bob Benton, Terry Bate and Tony Humphreys.

Terry Bate and Tony Humphreys will run Talent Television. Humphreys told TBI this morning the new structure allows Talent to focus on content. “There will be a new chairman and new investment and we will still make factual and fact-ent programming and kids content is also part of the plan,” he said.

Talent TV South is run by husband and wife team Kate Beal and Matt Blyth, who will take a 20% stake in a new venture it will launch with Stitchcombe under the terms of the deal, which was announced this morning. Beal is the former ITV executive who started her own factual indie, KMB Productions, in 2005. That was acquired by larger producer Talent in 2008, leading to the creation of Talent TV South.

Following the Stitchcombe deal the company will be relaunched as Woodcut. The London and Hampshire-based firm will continue to make all forms of factual programming with Beal serving as managing director and Blyth as technical director.

“We have learned so much working with the Talent team, but now it’s time to take things to the next level,” Beal said. “The coming months mark an exciting time in our transformation, and this new venture will allow us to deliver even more brilliant content for UK and international broadcasters,”

Talent TV South’s recent commissions include several docs for the fledgling UK channel London Live and it has also made shows for A+E, Discovery and Nat Geo. It was working with various distributors including Content Media, DRG and Sky Vision.