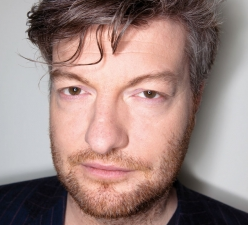 Brooker will be creative director of House of Tomorrow, which will create drama, comedy and feature films for the UK and international markets.

This marks the second time a Brooker prodco has partnered with Endemol. He launched Zeppotron with the writing team behind Channel 4 series The 11 O’Clock Show, which Endemol acquired in 2000.

He is best known for Channel 4’s dystopian miniseries Black Mirror, E4 zombie drama Dead Set, Sky 1 detective spoof A Touch of Cloth and his Wipe popular culture satire shows, which go out through the BBC. He also worked on British comedies The 11 O’Clock Show and Brass Eye.

Annabel Jones, who was managing director of Zeppotron, will be MD at House of Tomorrow, which will sit within Lucas Church’s Endemol UK group. The prodco already has projects in development for broadcasters in the UK and US, according to Endemol.

“The one thing the world doesn’t need is yet more entertainment, but unfortunately for the world that’s what we’re hell-bent on producing,” said Brooker.

“We’ll produce fun in all its guises, whether that be the laugh-a-minute gaiety of Black Mirror, the show-stopping musical stylings of Weekly Wipe, or some hitherto-untested form of amusement that just about fits on a screen.”

Jones, meanwhile, was Zeppotron MD from July 2004 to November 2012, executive producing all Brooker’s shows during that time, before she stepped down so the pair could work on scripted projects. She was also previously Endemol UK’s head of business development, and headed up the Endemol’s British M&A efforts, as well as working in strategy.

Endemol has also a US studio producing drama, while Endemol Australia is working on major World War I miniseries Gallipoli. The firm says its international scripted business has grown 75% in the past five years.