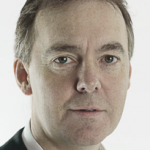 The agreement with 21st Century Fox will hand Sky 57.4% of the Germany business and 100% of Sky Italia.

Sky will pay £2.9 billion (US$4.93 billion) in cash for Sky Deutschland and £2.45 billion for Sky Italia through a £2.07 billion cash offer and transferring its 21% stake in National Geographic Channel, which is worth £382 million.

Sky has also offered to buy rest of the Sky Deutschland shares that are publicly traded at €6.75 (US$9.07) each. However, Sky said it can “realise the advantages of closer collaboration” with the majority 57% should shareholders choose to keep their holdings.

Should Sky Deutschland’s minority shareholders all choose to sell, however, the total consideration of two deals could hit £7 billion.

Sky will in part finance the deal through the proceeds of placing 156.1 million new ordinary shares, which comprise 9.9% of the business, on the market. 21st Century Fox has guaranteed it will acquire 61.1 million of these to keep its shareholding in Sky at 39.14%.

This will create a ‘Sky Europe’ business that has 33,000 employees and 20 million subscribers across the UK, Ireland, Germany, Austria and Italy. Sky pointed to IHS estimates that 72% of Italian homes and 81% of German homes do not yet have pay TV as a “highly-attractive” reason behind the deal.

Regulatory approval is expected to take “several months” to be granted, said Sky’s CEO, Jeremy Darroch (pictured), who said he looked forward to working closely with Sky Deutschland CEO Brian Sullivan and Sky Italian chief executive Andria Zappia, both of whom have worked for Sky in the past.

On an aggregated basis, Sky expects its group revenues to grow from £7.6 billion to £11.2 billion a year. It also expects the merger to lead to £200 million in cost-savings by the end of the second full financial year after the deal completes, especially across the BSkyB and Sky Italia, which operate similar direct-to-home pay businesses.

“Joining together in this way will help us grow faster – reaching out to more of the 66 million who have yet to take pay TV in our markets, selling more services to  existing customers and launching new products in multiple territories,” Darroch said in a note to staff. “The opportunity is substantial and that is why we believe  this is great news for customers and shareholders alike.”

Early speculation is Fox CEO and chairman Rupert Murdoch will use the cash from the deal to finance an improved bid for US media giant Time Warner, having had an US$80 billion offer turned down earlier this month.

Murdoch will continue to control Sky through his controlling 39.1% stake, which gives him a majority of voting rights.

He previously attempted to create a pan-European pay TV giant controlled through 21st Century Fox when he launched his 2010 takeover attempt of Sky. This was ultimately derailed by the News of the World hacking scandal.