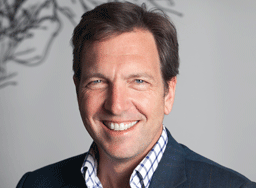 Court (left) becomes the UK-based executive chairman of 9 Story in the wake of the deal, which closed last Friday (July 11).

The 9 Story investment has been made with the backing of US-based private equity firm ZelnickMedia. The size of the stake acquired was not disclosed.

Toronto-based 9 Story has its own production studio in Canada, employing 220 people and has produced about 450 hours of programming, including Almost Naked Animals and Wild Kratts.

Last April, it acquired the CCI library of kids and family shows, giving it 1,000 half-hours of kids content to add to the library.

“The CCI acquisition really opened our eyes to the potential impact that larger, acquisition-based transactions could have on our business. With this new investment, we have the opportunity to become the largest pure play kids’ content studio in the world.”

Neil Court has been actively advising and investing in content companies since leaving DHX.

Last month it was announced that he had joined the board of Irish animation producer Brown Bag Films. He is also chairman and co-owner of Peacock Alley, a Canadian reality and scripted prodco.

“I’ve been looking for new opportunities in children’s media and 9 Story is the perfect fit,” he said. “9 Story has strong leadership, great creative talent, a disciplined approach to production and a top-notch client base.”