Jan Kromschröder, who recently stepped down as managing director of ITV Studios Germany, has launched a production outfit with Beta Film. 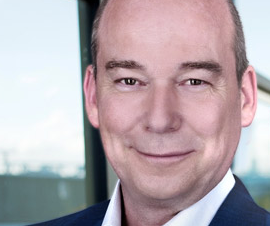 His new prodco, Bantry Bay Productions, will open doors just before MIPCOM and be based in Cologne. However, it will begin developing high-end drama programming in the coming months, ahead of its full launch.

Kromschröder had been MD of ITVS Germany since 2008, but left before MIPTV and was replaced by Christiane Ruff on July 1. While at ITVS, he counted Sat.1’s successful crime series The Last Cop among his credits. He was also head of TV movies at RTL, and head of fiction at Sat.1.

“Jan Kromschröder is an acknowledged expert on fiction stories whose work is of the highest quality standards. I am therefore convinced that the Bantry Bay’s productions will be ideally aligned to the broad global portfolio of Beta Film,” said Beta founder Jan Mojto.

Germany-based Beta will have a stake in the company through its holding firm Rosebank, which this year launched formats acquisition unit Seapoint Productions with another former ITVS Germany MD (then Granada Germany), Stefan Oezle.