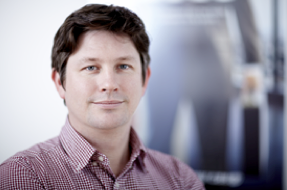 The reunites the two executives following their stints at the now-defunct UK indie Fever Media. Harcourt joined All3Media-backed Studio Lambert in 2012, while Burgess has been at NBCU since last year, as TBI revealed at the time.

The news comes as Fever formally goes through the process of dissolving. The company had effectively ceased to exist when co-founder David Mortimer moved to NBCU’s international arm as senior VP, factual and entertainment, but papers have this month been filed with Companies House to close it.

Meanwhile, Alexander, who is showrunner on C4’s critically-acclaimed returning fact-ent format Gogglebox, has been named director, factual entertainment at Studio Lambert. She had previously been executive producer.

Reports in the Netherlands this morning suggest Dutch broadcaster RTL4 has commissioned a local version of Googlebox. Distributor All3Media International, which has shopped the format to Bravo channels in the US and Canada, couldn’t be reached for confirmation before press time.