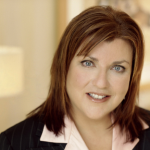 Gail Berman has resurfaced six months after leaving her US prodco BermanBraun, and will lead a new Fox Networks Group-backed production group.

The Jackal Group will focus on scripted, unscripted and factual programming. Berman will have an equity stake in the business, and lead it as CEO and chairman. She will sit on the board along with FNG CEO and chairman Peter Rice and COO and president Randy Freer.

She will also focus on producing for digital platforms and creating feature films.

The move returns Berman to Fox, where she served as president of entertainment between 2000 and 2005, before she moved to movie studio Paramount Pictures as president. At Fox, she helped develop and produce series such as American Idol, Arrested Development, 24, House and Family Guy.

Later, she co-founded BermanBraun with Lloyd Braun, and spent seven years there before announcing her exit in January. Braun has since rebranded the multimedia producer as Whalerock Industries. She is currently executive producing Tim Kring’s upcoming USA Networks Dig via Tecumseh Productions.