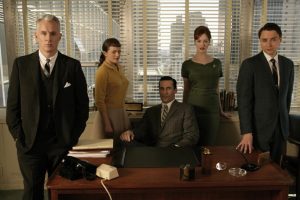 Amazon has struck a programming deal with Lionsgate UK for a range of content including Mad Men (left) and Charlie Sheen comedy Anger Management.

The agreement is a coup for Amazon, giving it several big-ticket US dramas that are not on its major rival Netflix in the UK.

Lionsgate now works with both streaming platforms in the UK, producing and distributing Netflix’s original series Orange is the New Black. Netflix also has a UK deal with Lionsgate for its feature films.

Guy Avshalom, COO at Lionsgate UK said: “We are delighted to announce our first SVOD deal with Amazon, a deal which will make a vast catalogue of award-winning television available to UK viewers through Prime Instant Video.”

Chris Bird, Amazon Instant Video film & TV strategy director added: “We are very excited that viewers can now watch such incredible shows including Mad Men and Anger Management through Prime Instant Video, and look forward to developing a successful relationship with Lionsgate UK in the years to come.”