The Powerpuff Girls make a comeback 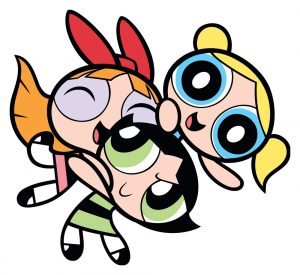 Cartoon Network is bring back one of its biggest animated franchises, The Powerpuff Girls.

The new version of the animated action-adventure series will be produced by Cartoon Network Studios and roll out internationally 2016 alongside a new licensing programme.

The original series debuted in 1998, stretched to 78 episodes and spawned a movie spin-off. Turner says the licensing programme for the original show generated retail sales US$2.5 billion.

The show follows three girl superheroes ‘whose mission in life alternates between going to school, fighting crime and winning at hopscotch’.

“The original Powerpuff Girls was a franchise phenomenon for Cartoon Network, paving the way for a new generation of innovative storytellers and enthusiastic fans worldwide,” said Rob Sorcher, chief content officer, Cartoon Network.  “We are calling these girls back into action based upon an overwhelming demand for sugar, spice and Chemical X.”

The commission is the latest in a spate of reboots for classic and well-known kids series. Remakes of Teletubbies, Thunderbirds and Danger Mouse have all been announced in the past week.