Margaret Loesch is exiting her role as president and CEO of US children’s TV network The Hub, which Discovery Communications operates with toyco Hasbro. 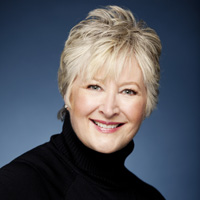 Loesch has been at the top of the cabsat network since its launch four years ago, but will step down when her contract finishes at the end of the year.

She will work with Discovery and Hasbro to find a successor.

Before The Hub, Loesch was president and CEO of Crown Media US, which created cable net Hallmark Channel. She was also president, television for Jim Henson Company, and was founding CEO of Fox Kids Network and Marvel Productions.

Her network has struggled to compete in the ratings with Disney Channel, Nickelodeon and Cartoon Network, but is now a profitable venture for Discovery and Hasbro. Its programming, which includes My Little Pony: Friendship is Magic, currently reaches around 73 million homes in the US.

The Hub replaced Discovery Kids in 2010.