Multichannel operator UKTV has restructured its top-level team in a move that sees the departures of Clare Laycock and Steve Hornsey. 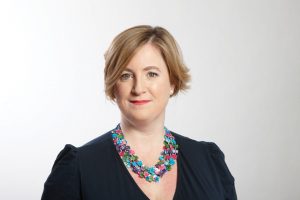 Really, Home and Good Food general manager Laycock is moving to Discovery Networks UK and Ireland, where she will be channel head for its flagship entertainment network TLC, while Hornsey’s role as GM of Watch and Alibi is being made redundant.

As part of the restructure, which UKTV controller Emma Tennant is overseeing, Dave and Gold GM Steve North and Drama and Yesterday boss Adrian Wills are both getting wider remits.

North will now oversee Watch along with his other networks, while Wills takes on Hornsey’s other channel, Alibi.

Hornsey, who exits after eight years, is credited with rebranding UKTV drama as Alibi in 2008.

UKTV’s director of network performance Emma Boston, meanwhile, is promoted to take over Laycock’s channels, plus Eden and on-demand services, the latter element a new remit at UKTV.

All three general managers now report into Tennant, who said: “The reason that UKTV continually bucks the market is because it can be fleet of foot and adaptable to changing market conditions.

“This new structure is the next stage of our ambitious growth plan and I know that in Steve North, Adrian Wills and Emma Boston I have the perfect leadership team to sustain UKTV’s record growth across linear and non-linear.”

At TLC, Laycock will lead the strategic development of the channel, which launched in the UK in April 2013 and now claims to be the ninth ranking pay TV entertainment channel for women in the UK.

“Clare’s appointment as head of TLC will help us to focus further on building TLC at the heart of the television landscape,” said Susanna Dinnage, executive VP and managing director of Discovery Networks UK and Ireland. Laycock was at UKTV for six years and led the rebrand of Really from a pay TV lifestyle channel to a free-to-air entertainment brand.