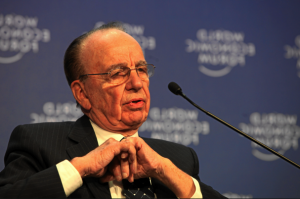 Fox confirmed the parties had entered into a “preliminary agreement” to create the venture, though it could not assure a proposed transaction would be completed.

A combined Shine, Endemol and CORE group would almost certainly represent the largest production and distribution group in global television, and a deal would eclipse the US$930 million Discovery Communications and Liberty Global are paying to buy All3Media; Warner Bros.’s acquisition of Eyeworks Group; and ITV’s deals for a glut of UK and US unscripted production companies in the past few years.

Endemol, lead by CEO Just Spee (below, left), comprises around 90 companies in 30 territories, including Tiger Aspect, Remarkable Television, Initial and Endemol USA, and owns formats such as Big Brother, Deal or No Deal, The Money Drop and Your Face Sounds Familiar.

The firm has been wrestling with a multi-million dollar debt relating back to the €3.4 billion (US$4.4 billion) 2007 takeover by Mediaset, John de Mol’s Cyrte Investments and Goldman Sachs. Mediaset and Goldman Sachs have since exited, with Apollo taking on around 30% of the debt.

Apollo now looks set to acquire de Mol’s stake of around 25%, with the Big Brother creator recently telling TBI he expected to sell and make a tidy profit. In the same interview, he predicted “further centralisation” in the production market would lead to a landscape of just a few “bigger global players” within two or three years. 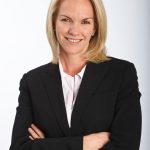 MasterChef, Clash of the Choirs and scripted shows such as Broadchurch. It comprises 26 production companies across 11 countries including Shine TV, Shine America, Judos Film & TV and Princess Production.

CORE Media was formed out of Robert Sillerman’s content company CKX after Apollo, which manages more than US$120 billion of assets in total and has investments in numerous different industries, acquired the firm in 2011 and renamed it the following year.

It previously had significant majority stakes in the Elvis Pressley and Muhammad Ali image rights catalogues, but sold these in November last year. 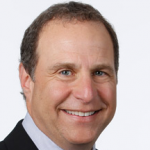 In TV, it owns the rights to the Idol franchise and So You Think You Can Dance through its acquisition of 19 Entertainment in 2005, and has previously been linked to a merger with Endemol, with Peter Cherin’s Chernin Entertainment also involved. Former NBC boss Marc Graboff (left)runs the company, with former ITV controller Simon Shaps running a UK arm.

CORE also owns Man Vs. Food producer Sharp Entertainment, and has a joint venture with Noreen Halpern, Halfire-CORE, in Canada.

Fox, meanwhile, has its US studio and broadcast network, a slate of successful cable channels such as FX and th National Geographic networks, global programming business Fox International Channels, and stakes in pay TV businesses around the world.

On Monday, UK satcaster BSkyB, which Murdoch controls, revealed it was in talks to buy the 39% stake Fox owns in the business as part of a plan to merge with Sky Deutschland and Sky Italia and create Europe’s most dominant pay TV business.