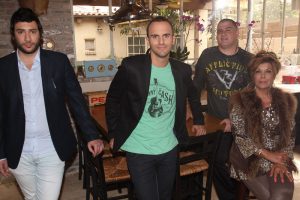 Israel-based format producer and distributor Armoza has shopped its fact ent format That’s My House! into Russia and France.

Russian free-to-air broadcaster Ren TV has ordered a local version of the show and in France, Resevoir-Prod Groupe, has optioned the show. It was developed by Israel’s Artza Productions and Armoza and won the Formagination pitch event last year.

The half-hour format tests whether competitors can guess who lives in a certain house from a choice of three people who claim it is their home.

Avi Armoza, CEO of Armoza Formats said: “That’s My House! is a unique take on the factual entertainment and lifestyle genres, not only allowing viewers to nosy around strangers’ houses, but also adding in the element of competition and reward.”