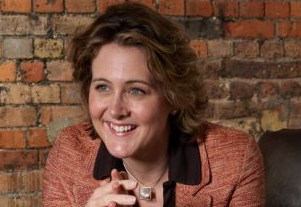 Turnbull will lead the pay TV channel from this morning and be responsible for its strategic and operational management, as well as being the primary point of contact for day-to-day business development.

This comes after DNI acquired Fatafeat parent Takhayal Entertainment in 2012.

Turnbull will lead Fatafeat from a studio in Dubai and work in partnership with Discovery Networks Central & Eastern Europe, Middle East and Africa (CEEMEA)’s senior teams in London and Warsaw.

Turnbull previously worked for Discovery, joining in 2007 as ad sales director, emerging markets, before taking on the role of integrated marketing and client service director, CEEMEA. She then joined Hearst as group publishing director for the mag company’s luxury division, overseeing an editorial and commercial staff of more than 60.

“After an extensive search to find the right candidate, we couldn’t be more pleased to welcome Amanda to the team, ready to take on the exciting position of managing director at Fatafeat,” said Gibbons.

“Amanda will be responsible for the strategic and operational management of Fatafeat, spearheading the network’s Ad Sales and overall business goals in order to cement its position as the number one food channel across the Middle East.”

Discovery Communications yesterday posted international revenues for the first quarter of 2014 up 51% year-on-year at US$671 million. Much of the growth can be attributed the billion dollar-plus acquisition of SBS Nordic, which helped sales grow 108% to US$316 million.

Discovery CEO David Zaslav refused to comment on whether Discovery had been close to buying UK broadcaster Channel 5 before it went to Viacom for £350 million (US$594.2 million), nor whether it was weighing up a bid for All3Media as a recent Sky News report suggested.

However, he said Discovery would be “opportunistic” where possible. “We look at everything but only want to buy assets that will help us strategically.”