Travel Channel to Dine With The Enemy 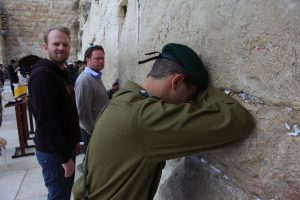 Scripps’ Travel Channel has ordered an English language version of the innovative Dining With The Enemy format.

The show, which is distributed by Nordic World, has a well-known war correspondent and a top chef host a meal for guests from opposite sides of some of the world’s most deep-seated conflicts, including Palestine/Israel, Afghanistan, Rwanda and Burma.

It was originally created by documentary producer Gry Winther for Norway’s TV2 and Winther will also make the Travel Channel version, which will be called Breaking Borders.

The format was shopped to Travel Channel by Michael Yudin, president of New York-based MY Tupelo Entertainment, which handles the show in the US. Yudin will exec produce.

Nordic World has already sold the show to French-language Canadian network TV5 Quebec Canada, for whom a 6×50 mins series is now being produced by Montreal-based Media Ranch.

It has also been optioned for the UK by Media Ranch and for Germany by Broadview Pictures.