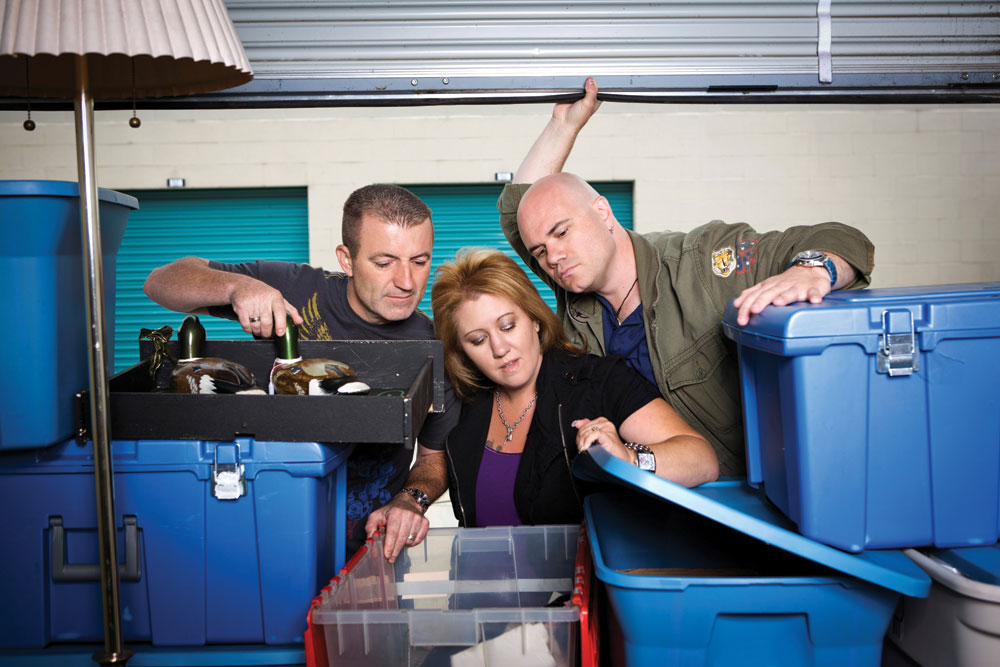 Rumblings that the ob doc trend is stifling creativity on both sides of the Atlantic have divided the factual programming industry. Is the genre coming to the end of its cycle, or is it simply evolving, asks Jesse Whittock

The commissions of History’s Pawn Stars and American Pickers in 2009 and 2010 respectively ushered in a new wave of factual programming in the US cable market: the male-skewed, character-driven observational documentary celebrating Americana. With so many cable channels needing content for their slates in an ultra competitive market and this type of ob doc commanding eyeballs, programmers began moving away from formatted shows and asking producers to find the next evolution of the Las Vegas pawn shop and its owner Richard ‘Old Man’ Harrison. 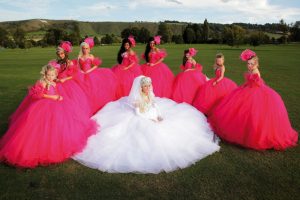 A&E was the network that came up with the goods. Duck Dynasty launched two years ago and has gone on to become the biggest non-scripted cable series ever, with its fourth season launch taking 11.8 million viewers. Unsurprisingly, networks soon began scrambling for the next big ‘beard’ show. As Brent Montgomery, CEO and founder of Pawn Stars producer Leftfield Pictures, says: “To say Duck Dynasty was lightning in a bottle isn’t fair to those people trying to catch lightning: it’s an anomaly.”

The US and the UK are the territories that have really embraced the making of ob docs, although they have proved popular with channels internationally.

Until recently in the UK, networks were moving away from lightly formatted programmes like Wife Swap and Secret Millionaire, with the ob doc making a return. Channel 4’s Big Fat Gypsy Weddings from Firecracker Films launched in 2011 and scored the network’s highest ratings since Big Brother ended in 2008. Fixed-rig ob docs such as 24 Hours in A&E and One Born Every Minute came back into fashion, while shows including BBC Three’s The Call Centre and Libertys of London for Channel 4 arrested attention. Love Productions’ recent Benefits Street caused national dialogue about both the ethics of programming making and future of the welfare state – and won a huge number of eyeballs for Channel 4.

However, at the Realscreen Summit in January, Lifetime’s executive VP and general manager Rob Sharenow claimed there was a “horrible creative crisis” engulfing factual programming in the US, with networks and producers both endlessly chasing their tails to find samey programming. (Lifetime parent A+E Networks declined an interview for this article.) Over in the UK, Channel 5 director of programmes Ben Frow made similar criticisms that the ob doc genre was saturating the market toward the end of last year. 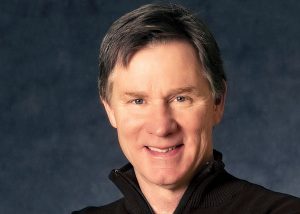 If the wider industry agrees with Sharenow and Frow, there is only one conclusion: ob docs will make way for something else. “There is some validity to Sharenow’s remark,” says Jim Berger (pictured), CEO of ITV Studios-owned US producer High Noon Entertainment. “If you look at the number of shows set in the American South featuring men with beards, there is a herd mentality.”

“One of the dangers of the push to the extreme is at some point you run out,” says Bruce Klein, president of prolific cable TV producer Atlas Media Corp. While the initial spate of ‘beard docs’ were “fresh”, Klein says that “the beards are definitely coming to an end. Networks are starting their pitches by saying, ‘we don’t want beards’”.

In the UK, there are similar signs of burn-out, says unscripted prodco Pioneer Productions’ managing director Kirstie McLure. “The shows as they are now are starting to feel tired, so the question is whether they are walking into the autumn of their shelf life,” she says.

“If you look at the number of shows set in the American South featuring men with beards, there is a herd mentality” Jim Berger, CEO, High Noon Entertainment

Words are one thing, but broadcasters keep ordering ob docs. In the UK BBC One is preparing an uncompromising look inside London’s Metropolitan Police Service, and will soon launch Wild Pictures’ three-parter Inside KFC. Channel 5’s Eddie Stobart: Trucks and Trailers has run for three seasons and the network is also working on a series titled On the Buses, while Channel 4 has stuck with Gypsy Wedding spin-offs, despite officially cancelling the show two years ago.

In the US, CMT has had success with Leftfield’s Guntucky, which follows a family-run gun range in Kentucky. “Guntucky is a show that encapsulates a lot of the recent trends,” says Montgomery. “On the surface, it sounds violent and dangerous but it’s actually about a family business.”

High Noon, whose best-known ob doc-type series is TLC’s Brooklyn-set Cake Boss, has gained commissions from Spanish-language networks for ob docs such as Tr3s shows Familia de Circo, about five Mexican brothers who own a circus, and Divas del Azucar, which follows a Cuban mother-and-daughter-owned cake shop in Miami. “Latinos are as keen on the idea of family as I’ve ever seen, and that plays to our strengths as we look for family units – be it the Velascos or the Hermanos brothers at the circus,” says Berger.

BSkyB-owned distributor Sky Vision represents another ReelzChannel ob doc, The Capones, as part of a wider distribution agreement. The 10x30mins series follows descendants of legendary gangster Al Capone who own a family restaurant in Chicago. Sky Vision’s managing director Jane Millichip says the show is attractive to international buyers because though it is a classic cable ob doc in one sense, “It’s not in a really niche American environment”, adding: “Those shows have been good but we need a change from them now”.

“Ob doc is evolving rather than running out of steam… It’s up to us as commissioners and the producers to find more defined and innovative ways of doing things.”
Hamish Mykura, executive VP, head of content, National Geographic Channels International

This is because international channels are not showing a sustained appetite for US cable-style ob docs, she explains. “There is a limit to the number of storage units, antique hunters or catfisherman the rest of world will have an appetite for.” That’s why Sky Vision launched Sky1 series 50 Ways to Test Your Mammy, an Irish adventure format from Burning Bright Productions in which a presenter gets his mother to take part in crazy capers such as nipple piercings, at MIPTV. “It’s a mix of proper documentary and soft formatting, utterly charming and lovely and with format potential with the right casting,”  says Millichip.

Hamish Mykura, a UK-born former Channel 4 doc boss and now National Geographic Channels International’s executive VP and head of content, says that the ob doc trends on both sides of the Atlantic have spotlighted how to film the genre in innovative new ways. “The question is how to make them new without moving from the core sensibilities.”

Mykura points to Ultimate Airport Dubai, a Nat Geo series about life at an international airport that was commissioned out of the global paycaster’s London office as an example of evolution.

By combining the character-driven elements of cable ob doc and adding in narrative around major engineering projects at the airport, “You get something quite innovative”, he explains.

Building Wild, which Mykura bills as “Grand Designs for outdoorsmen”, and Highway Thru Hell, about truckers traversing the wilderness of the Coquihalla highway in British Columbia, Canada, have a similar sensibility – character mixed with process.

Another factual exec whose career has taken him from the UK to US (and now back again) is Grant Mansfield, the former CEO of Zodiak USA and an ex-commissioner at the BBC and ITV. He recently launched a UK indie, Plimsoll Pictures, which will produce programming for the US and the UK.

He says there is an clear move toward networks “building formats with an observational touch” – a trend from the past and an indication of the cyclical nature of factual programming, he adds.

This is already happening. TruTV’s Storage Hunters (top), which follows storage auctions, has performed well in the States since launch in 2011 and travelled internationally to networks including Dave in the UK.

Jenny Daly, president of its producer, T Group Productions, says that while producing reality-style ob docs means there will be time constraints and therefore the need to direct action through formatting, Storage Hunters works because “the characters are lively and fun and what they’re doing is very real”.

Networks and producers are in agreement that shows with authentic situations, process, and characters with a real investment in their surroundings will remain key. It is the style of production that will change.

“We’ve got two projects on the go where we’re looking at different ways to exploit user-generated content, but in a more active way [than normal]. We’d call it ‘produced UGC’,” says Plimsoll’s Mansfield.

Each producer interviewed agrees formatting à la Cake Boss or Storage Hunters is creeping back into commissioners’ long term strategies, though they expect the ob doc template to remain strong.

For example, Leftfield launched Celebrity Home Raiders on Lifetime on March 6, while Atlas has had four seasons of fixer format Hotel Impossible on Travel Channel. In the UK, Channel 4’s ob doc Gogglebox, a meta-format from All3Media’s Studio Lambert in which the audience watches people watching the past week’s TV, has been among the biggest hits of the last year.

It is being remade in Ukraine and China and in the US, as The People’s Couch, for Bravo.

“The next generation is more about layering formats on top of the ob doc,” says Atlas’s Klein, who is working on a number of such projects for cable channels.

Nat Geo’s Mykura rejects the notion ob docs have negatively impacted development and expects them to remain a staple for years to come. “Ob doc is evolving rather than running out of steam,” he says.

“It’s up to us as commissioners and the producers to find more defined and innovative ways of doing things.”