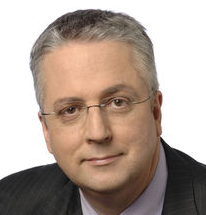 The international wing of Australian pubcaster ABC has signed the agreement with Shanghai Media Group, which operates numerous channels and has recently restructured to focus on selling Chinese programming internationally.

ABC International – separate to global sales arm ABC Commercial – will establish an online portal through which ABC and other Australian programming and media content can be offered to partner media groups in China.

ABC has also be granted permission to launch a base in Shanghai, and to sell media content across China, work on coproductions and seek promotional and sponsorship opportunities.

“This historic agreement opens up a whole new world of television and online cooperation between Australia and China,” ABC’s managing director Mark Scott (above) said. “It provides a truly unique window for all Australian media to build a friendly and mutually cooperative relationship with China.”

International Channel Shanghai, a local SMG-operated channel, last week aired a week of Australian programmes including public comment show Q&A, which coincided with Australian Prime Minister Tony Abbott’s visit to China. “The success of last week and the future under this agreement will help build understanding between China and Australia,” added Scott.

“Ground breaking international broadcasts such as Q&A, which was produced as a collaboration between Australian and Chinese television crews, pave the way for bigger and better international media cooperation and cultural connections in the future.”

The agreement is set to formally signed on May 4 in Shanghai.