TV2 orders crime drama from Those Who Kill prodco

TV2 in Norway has put a character-driven crime series from Those Who Kill writer Siv Rajendram Eliassen into production. 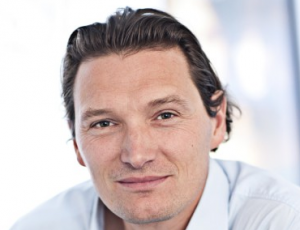 Acquitted comes from the Norwegian wing of FremantleMedia-owned Miso Film and follows a businessman who returns to his native town 20 years after being acquitted of killing his high school sweetheart to find the locals bare long-held grudges. Nicolai Cleve Broch (Max Manus) has been cast in the lead role.

The Norwegian Film Institute, SVT in Sweden, TV2 in Denmark, Nordisk Film, Filmfondet FUZZ and Lumière in the Benelux region are all backing the project, which will launch later this year.

Miso Film’s founder Jonas Allen and Peter Bose are producing the series alongside Miso Film Norway’s Brede Hovland. Rajendram Eliassen – who was behind Those Who Kill, a TV2 Danish drama from Miso that was remade in the US for A&E – is writer alongside Anne Bache-Wiig.

“Acquitted has a strong fundamental conflict that generate distinct characters and progress,” said TV2’s commissioning editor Christopher Haug. “The viewer will be captured by the unsolved murder case, powerful characters and when you add the spectacular landscape and the story about an isolated and threatened community you have both identification and fascination.”

“After many years of interesting crime series coming out of Scandinavia Acquitted is a strong character driven drama like The Legacy and Borgen that expands the creativity and storytelling in Nordic TV series, which not only fascinate but also give huge emotional impact,” added Miso’s Allen (pictured).

Two weeks ago, TBI revealed Miso Film had launched a Swedish division, with Sonnet/SF exec Sandra Harms at the helm and a new commission from TV4, Vik/Stubö, in hand.