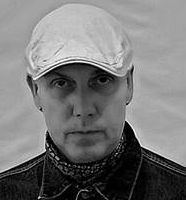 Connolly will adapt the first three novels of Smith’s book series Birds of Prey. The news marks the first time a Wilbur Smith novel will be adapted for TV.

Set in 1667, the TV series, Birds of Prey, will tell the story of Europeans voyaging to Africa for the first time. The book series chronicles three generations of Courtney family as they battle to secure their fortunes.

Connolly is best known for writing the book and the film adaptation of British crime thriller Layer Cake. He has already begun working on the project after meeting Smith earlier this year to discuss plans.

“J.J. Connolly is an inspired choice to help bring Birds of Prey to life on TV. I have no doubt that he will help satisfy my fans who have been clamouring to see the Courtney saga dramatised for many years,” said Smith.

FMI is coproducing the series with UK-based film and TV producer Corona Pictures, whose co-founders Richard Johns and Rupert Jermyn said in a statement: “We saw a massive opportunity to bring Wilbur’s world, his characters and stories to an even wider audience internationally through the medium of TV. This is a highly ambitious, cinematic series where every episode will feel like a movie of its own.”

FMI will launch the show to broadcasters at MIPTV.