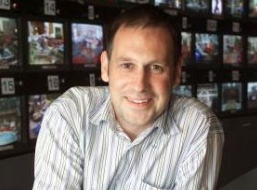 Hunt left his role as director as the BSkyB-owned last week and Edgar-Jones, who was previously Sky’s head of entertainment, has stepped in to the fray.

Edgar-Jones will now report to Stuart Murphy, director of entertainment at Sky, and continue to oversee entertainment commissioning while a replacement chief is found.

“Under James, Sky Arts went from strength to strength – it’s become the place world class talent want to play, has been recognised by all the major awards and receives widespread critical acclaim,” said Murphy.

“I’m confident that Phil will take the Sky Arts brand to the next level, both as a TV channel and as an investor in the arts community – he is one of the most gifted and experienced TV execs in the UK, with an in depth knowledge of making TV of scale.”

Edgar-Jones is credited with commissioning shows such as Portrait Artist of the Year and Parkinson’s Masterclasses. He also oversaw the popular Playhouse Presents… strand.

Edgar-Jones was previously creative director at Endemol, where he was credited with exec producing shows such as Space Cadets.