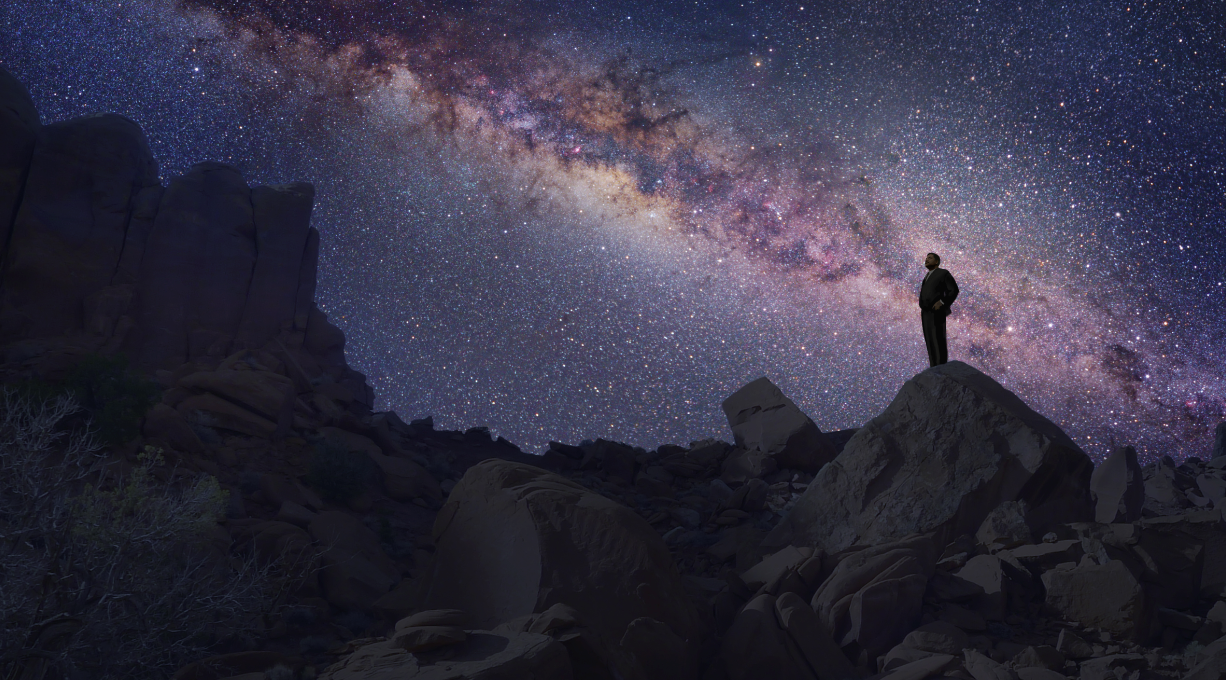 Almost 60 years after the Americans and Russians battled for supremacy of the stars, two new reality TV formats are engaged in their own space race, while more broadly factual space programming is becoming hot property with Nat Geo set to launch its Cosmos reboot on Sunday (March 8). Huw Fullerton reports.

Who will win TV’s space race? On the formats and entertainment side there are a pair of clear contenders. The Dutch-originated effort Milky Way Mission, created by Tuvalu and Simpel Media for Sony Pictures Television, has aligned itself with Netherlands-based Space Expedition Corporation (SXC), whereas the Mark Burnett-produced NBC show Space Race is attached to the high-profile Virgin Galactic project, which recently completed a successful test flight.

While there are differences between the formats – Milky Way Mission is a celebrity show while Space Race is not, and the SXC flights put people as co-pilots rather than passengers – both involve a group of contestants put through a series of extreme astronaut training challenges, gradually eliminating them until one takes the the prize of blasting off to space from the Mojave desert.

One thing is clear: no matter the pedigree of those involved, or the individual merits of the shows, whichever blasts off first will be the format that makes the headlines and grabs eyeballs – and the scheduling of each project relies heavily on when the spacecraft can actually launch.

Felix Baumgartner has, however, set the benchmark in TV terms after he augmented his Red Bull Media House-backed 39km stratosphere jump by broadcasting it globally to millions via YouTube (below) – followed later with a keynote speech at MIPTV 2013 and wider distribution through the sales Red Bull scored with broadcasters. Meanwhile, the social media success of Canadian astronaut Chris Hadfield from the International Space Station showed that in space, everybody can hear you tweet and in the world of cinema Gravity won a spate of BAFTAs and is expected to pick up Oscars.

Elsewhere, National Geographic is looking to revolutionise the space genre, with two high-profile projects set for blast off. Cosmos: A Space-Time Odyssey (above), the sequel to Carl Sagan’s seminal 1980 series, bows on Sunday on channels around the world, while the ambitious Live From Space season on National Geographic, Fox channels and Channel 4 in the UK comes in soon after. 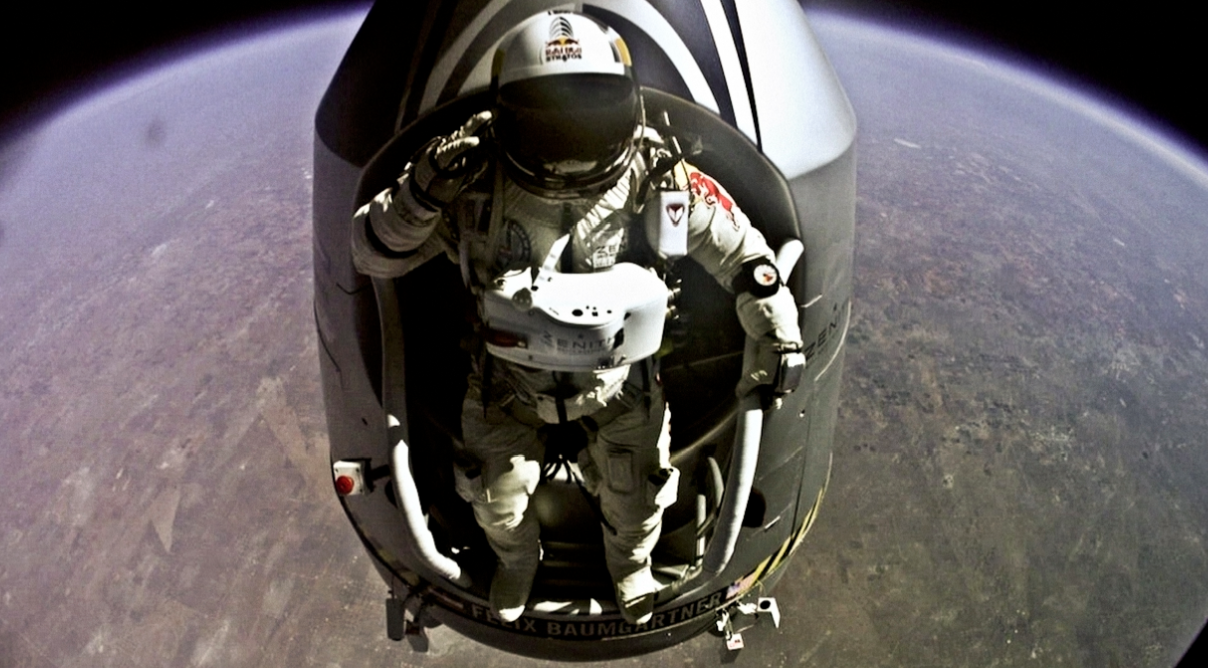 Live From Space (below) will consist of three programmes examining the life of astronauts on the ISS. Two will be documentaries with some live sections, but the centerpiece is a globe-spanning live broadcast between astronauts Rick Mastracchio and Koichi Wakata and NASA’s mission control in Houston.

It is an enormous undertaking that requires meticulous planning and is made more difficult by the fact the route of the ISS’s orbit is unknown until two weeks before the broadcast. While only 250 miles away from us vertically, the transmission signal has to reach Houston, then the UK, then LA for Fox’s channels, including National Geographic, which will beam the live broadcast around the world.

Furthermore, the movement of the station means that the transmission will be lost every 20 minutes – and this can’t be planned for before the exact details of the orbit are known. Even building the studio set has been difficult. NASA’s mission control is listed, meaning the set had to meet strict regulations. More prosaically, details such as how late at night the astronauts can work as they move between territories (the ISS is on Greenwich Mean Time) have to be factored in.

There will also be second screen elements across Instagram, Twitter and other platforms that will allow viewers, chosen at random, to interact with the astronauts. 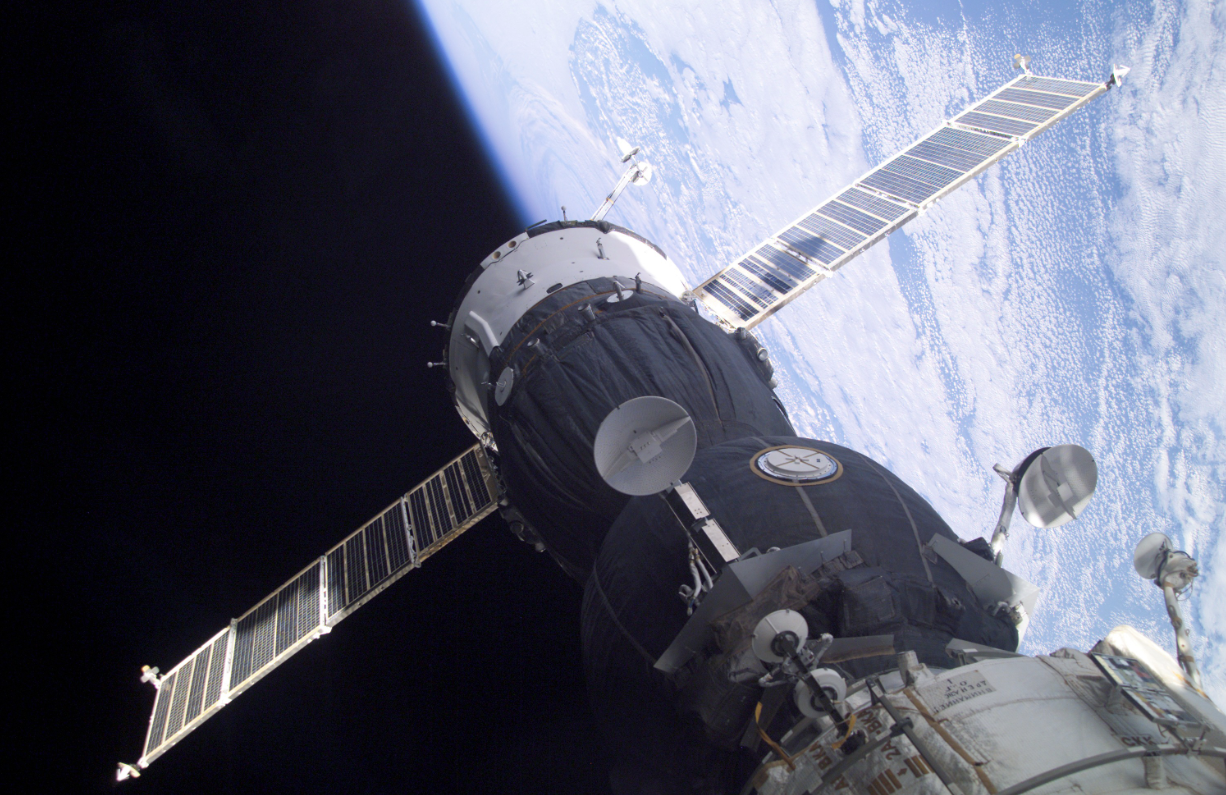 Brisley notes that Live From Space is a much more complex broadcast than the two reality shows, which largely take place on Earth for the elimination rounds and, accordingly, Wayne Garvie, chief creative officer for SPT is pragmatic when addressing the challenges faced by Milky Way Mission (second below). “The other day someone said to me ‘Will you be able to broadcast live?’ And I said, ‘How do you think, when they landed on the moon in 1969, they transmitted live around the world?’”

For the live coverage of the Red Bull Stratos jump the technical challenge of monitoring Baumgartner in real time and broadcasting the images to a global audience was considerable. Red Bull Media House used 40 cameras to capture the mission, some of which were ground-based and others airborne. Cameras were located inside and outside Baumgartner’s capsule, the pilot had five HD video cameras on his suit and long-range optical tracking systems delivered images from the ground while a tracking helicopter provided airborne HD pictures.

The Red Bull Stratos team say that they wanted to provide new scientific data that could influence the future of manned space flight, especially regarding possibilities for escape in emergency situations.

The live jump also provided spin-off content. A partnership with the BBC yielded a feature-length documentary that aired on BBC Two and the National Geographic Channel in the US. In conjunction with the one-year anniversary of the mission in 2013, Red Bull Media House also produced a new documentary, Mission to the Edge of Space: The Inside Story of Red Bull Stratos.

In an era when making content available on different devices and in different forms is all important, the coverage of the Stratos Mission ticked a lot of the boxes.

“Users could seamlessly switch among TV, mobile and the web as they liked, simultaneously getting local commentary on television and real-time data online, for instance; or following on mobile when they needed to be on the move. It has always been relevant to both provide a live global audience with documentation of a unique historic event and share a fascinating, authentic story in broadcasting,” says a Red Bull rep.

There have been over 50 million YouTube views and with eight million concurrent streams during the event, it set a live online viewing record. Traditional viewing numbers also stacked up with the US Discovery Channel’s broadcast of the full live feed becoming the net’s highest ever rated non-primetime programming event  with 7.6 million viewers. Internationally, broadcasters in over 50 countries ran at least a portion of the live feed. 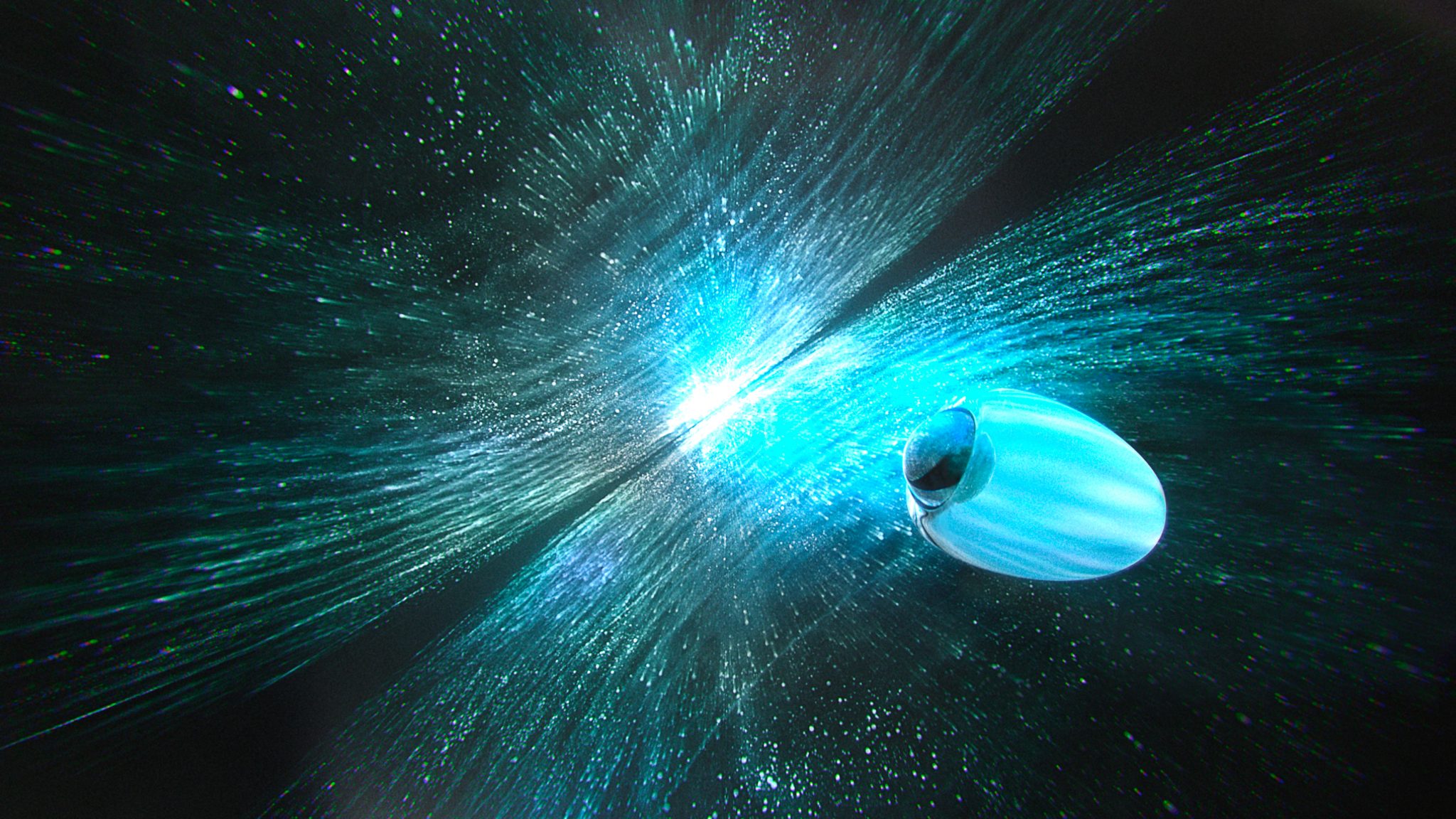 In terms of space-related content, one question remains: why, given its popularity, hasn’t space programming been tried before?

It has. In 2000, fresh off the success of hit show Survivor, Mark Burnett mooted the idea of a space travel elimination series called Destination Mir. The series would see contestants battle it out to complete astronaut training and travel to the the Russian/American space station. Unfortunately the plans fell apart because so did Mir. Decommissioned, it broke up as it fell through the atmosphere with somewhat less fanfare than Baumgartner managed some years later.

Further tentative plans were hatched in 2002, but scrapped again. It seemed the project was doomed and Endemol’s surreal 2005 hoax show Space Cadets, whereby gullible Brits were convinced they were training in Russia to be astronauts without ever leaving the UK, was the nearest TV would come to reaching space.

But Burnett stuck to his guns, and in autumn last year first revealed to TBI he was working on a new project that was “pretty huge and on-brand for me: an adventure and game”. That turned out to be Space Race. His international sales boss C. Scott Cru further explains: “For a variety of reasons the timing just wasn’t right before, but Mark never gave up, and never thought that we wouldn’t do this one day.

Then this opportunity with Richard and Virgin came up, and they got together and said ‘Wow, let’s do something great with this, and let’s tell a great story’.”

Fundamentally, Cru says, it was the red tape and governmental monopoly on space travel that made it difficult to televise, and that’s what’s beginning to change with companies like Virgin and SXC. “This is really the beginning of the commercialism of space travel, you know. We could not be any closer to the front than we are now.”

Garvie agrees. “Previously, to get into space you had to be an astronaut, it was limited to a very small pool, and very few countries – Russia, United States, Europe and China. Now, technology means that very soon commercial flights to space will be happening – and there’ll be a lot of them.” 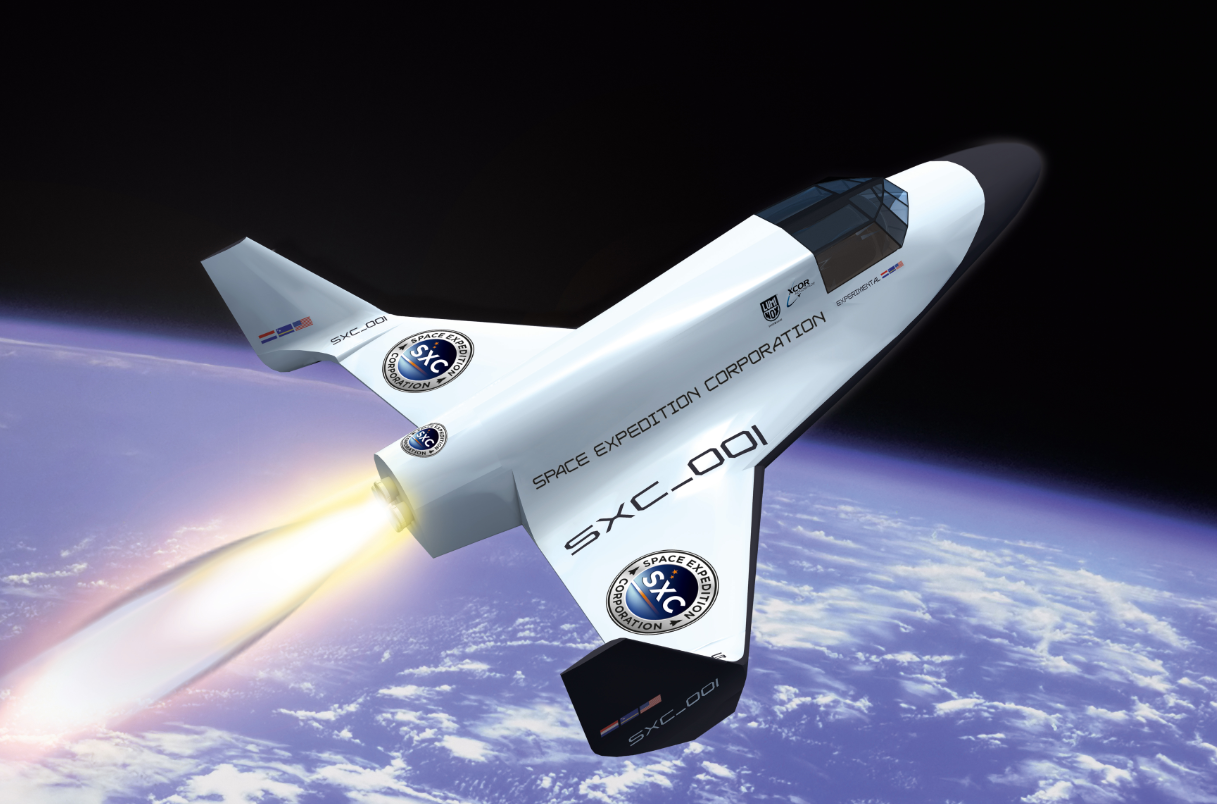 Certainly it’s become more cost-effective too, though not exactly cheap. While none of the executives will reveal their show’s budget, Scott Cru suggests, “Whatever number you’re thinking of, double it”.

On the factual side the 1980s science series Cosmos: A Personal Journey reached an audience of 750 million in over 175 countries and won Emmy and Peabody awards – but it’s taken 34 years for a follow-up. Why? Executive producer Seth Macfarlane’s suggestion is that we suffer from a “culture of lethargy”.

“We’re obsessed with angels and vampires and whatnot when there are many more exciting and very real and much more spectacular things to be excited about, that are right in our own planetary backyard,” he told The New York Times in 2011.
But things may have changed in this aspect too – host of Cosmos: A Space-Time Odyssey Neil deGrasse Tyson said in a recent interview for Condé Nast’s US lifestyle magazine Parade that he believed we were now enjoying a “space moment”, far beyond the activities of SXC or Virgin Galactic or even new scientific discoveries.

Instead he cited TV and film as the drivers, with shows like the Big Bang Theory and CSI, along with Oscar-nominated Gravity, making science popular again.

Nat Geo’s Moran says the Cosmos reboot should be seen in the context of the channel having always looked to the stars.
“We’ve always had a firm hold on space,” she says. “I think Cosmos is another way of us getting there.”

The project, which has been years in the making, will see Nat Geo work with 21st Century Fox stablemate Fox. The broadcast of the first episode will go out across all Fox channels including Nat Geo in a huge simulcast, while another Fox sister channel, Sky1, will broadcast it in the UK. Subsequent instalments will be on Fox on Sundays and Nat Geo will run its version the following Monday. It is undoubtedly one of Fox’s biggest ever programming commitments. 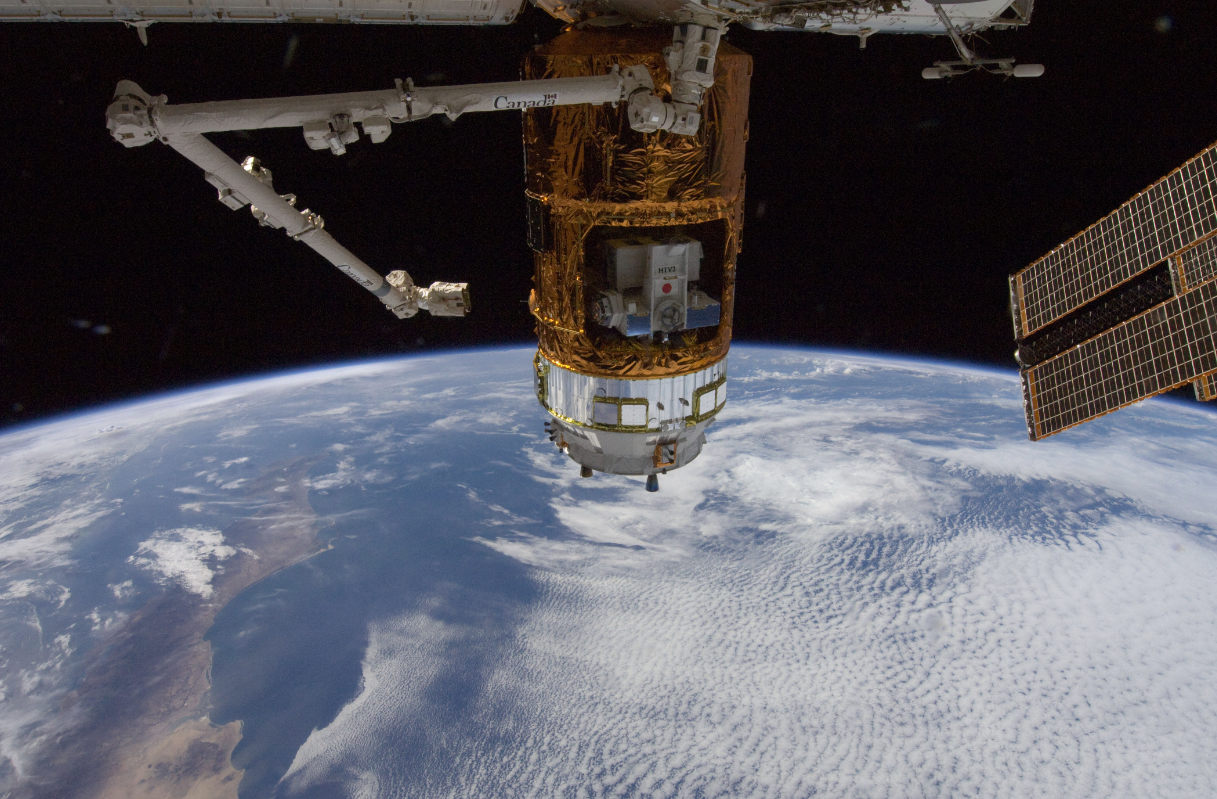 Whatever the reasons, space programming is definitely becoming hot in the international market, as SPT’s Garvey attests. “We’ve had interest for Milky Way Mission in all of our territories. It’s one of those things; space travel is still hugely romantic.”

“It just feels like the time has never been better to have space programming,” adds Arrow’s Brisley, “and that’s because of Gravity, that’s because of Chris Hadfield, Virgin Galactic, Stephen Hawking talking about the survivability of humankind; that all feels like it’s part of a reason for the current interest. Space programming is on the agenda at the moment and maybe it’s just because the stars all aligned.”

“With over 50 years having passed since Joe Kittinger’s [31km] jump, Red Bull Stratos was something so new and so exclusive and breathtaking. The quality from the pictures that we brought into people’s homes was so extraordinary – and it was live. This was really important, that it was happening right at that second, while you were watching.”

Meanwhile, there are always new frontiers. The complexity and planning required for both Cosmos and Live from Space mean neither are TV events that Nat Geo is likely to repeat but Nat Geo’s Moran says it is “very interested in Mars”. Could Live from Mars be the next giant step for the channel? Watch this space.