Nickelodeon signs up for Alvinnn! and The Chipmunks 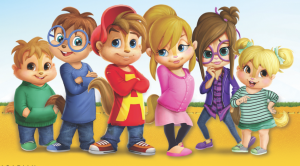 Nickelodeon has taken international rights to the new Alvin and the Chipmunks series.

The new show, Alvinnn! and the Chipmunks, will go out on Nickelodeon’s international channels with the exception of the US and Brazil.

The show was created by by Janice Karman and is produced by Bagdasarian Productions and OuiDO! Productions.

Nick has bought the first two seasons of the show amounting, 104x11mins in all. It will launch the series early next year.

“Alvinnn!!! and The Chipmunks is a property loved by fans around the world so we’re delighted to bring this re-imagined series to a whole new generation of kids,” said Jules Borkent, senior VP, Global acquisitions and international programming, Nickelodeon, Viacom International Media Networks.

“Nickelodeon’s commitment for 104 episodes shows their dedication to making the show big and we are confident that the audience will be surprised and delighted with the new series,” said Philippe Soutter, president of PGS Entertainment, which distributes the series.

The series was commissioned by M6 in France.