X Factor producer FremantleMedia is launching an office in Spain and has poached Nathalie Garcia from local producer Plural Entertainment to run it as CEO. 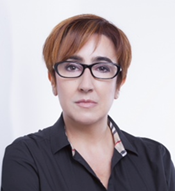 At the Madrid-based FremantleMedia España, Garcia will report directly to FremantleMedia CEO Cecile Frot-Coutaz and has been tasked with overseeing strategic plans and overall management of the business, along with developing and producing programming.

She joins from Plural, where she was chief executive. There, she was credited with securing long-term production commitments from Cuatro for Hermano Mayor, a format of French drama Le Grand Frère, and boosting the firm’s telenovela business with shows such as Belmonte.

Prior to Plural, Garcia was CEO of Notro TV, where she developed the local version of DRG-sold UK drama Doc Martin, Doctor Mateo. She also opened Sony Pictures Television’s Spanish office during a 10-year stint that saw her become senior VP, distribution and production.

“FremantleMedia has a worldwide reputation as a high quality television producer with an international network of production offices that feed and supply one another. I’m very much looking forward to working with such a global business, helping to build FremantleMedia España’s operation,” she said.

Frot-Coutaz added: “Having a presence in Spain is an important step in FremantleMedia’s growth strategy for southern Europe. Nathalie’s impressive track record in understanding the Iberian television market and her expertise working with key broadcasters to develop successful originations and local format productions will be invaluable in helping us to gain a foothold in this market, as we seek to broaden our global presence further.”

Garcia will join in March.