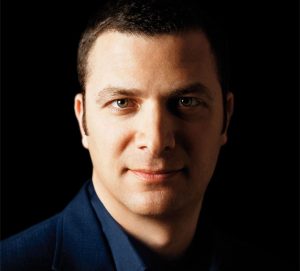 Levin has become executive VP and will be responsible for developing and producing original scripted and unscripted content, reporting to former CBS Entertainment boss Tellem, who is president of the Microsoft-owned studio.

Levin was most recently president of Alloy Digital, which had acquired his LA-based multiplatform prodco Generate in 2012. Alloy merged with Break Media in October last year and formed Defy Media, with Keith Richman named president of the new web video venture.

Levin was CEO of The CW predecessor WB Network after helping it launch in 1995 as a joint venture between Warner Bros. Entertainment and Tribune Company. He is also well known as chairman of NATPE.

“Jordan Levin offers a unique blend of traditional media experience, technical knowledge and entrepreneurial spirit that sets him apart from others in the industry,” Tellem said. “I am thrilled to welcome him to the Xbox Entertainment Studios team as we continue to build our portfolio of premium TV experiences.”

Xbox Entertainment Studios has currently only made one original series, a sci-fi action drama based on the Halo video game series. Levin will look to speed up the flow of its content pipeline.

“After envisioning Generate nearly 10 years ago with the goal of creating content and developing talent across converging screens and platforms, then selling our company to Alloy Digital two years ago and helping to grow it into Defy Media today, I am energized by the potential of this new position,” Levin said.

“It affords me the opportunity to continue exploring the intersection of content and technology within a world-class organisation like Microsoft and alongside a proven, innovative leader like Nancy and the talented, enthusiastic team she has assembled.”