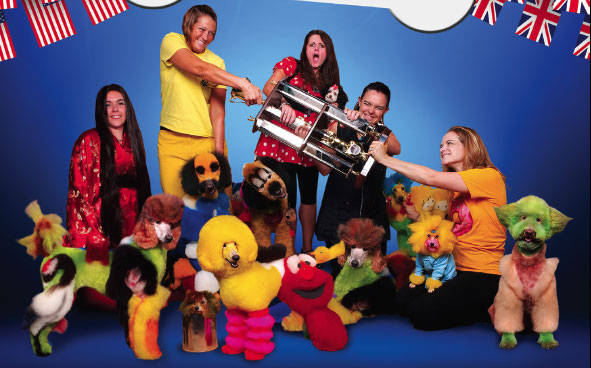 All3Media International has struck a deal with Swan Films, the freshly-minted UK indie set up by the programming executives behind the award-winning series Grayson Perry: All in the Best Possible Taste, TBI has learned.

The international programming and sales arm of All3Media will provide development funding for the new indie and will sell its projects internationally, including the much-anticipated upcoming Grayson Perry series under the terms of the new agreement.

The fledgling indie has already made fact ent show Doggy Styling (pictured) for Channel 4 in the UK. The one-off followed the escapades of a British entrant in one of the top dog grooming competitions in the US. All3Media International will sell the show internationally under the title Top Dog – Clash of the Poodles.

Swan is also working on a follow-up to three-part series Grayson Perry: All in the Best Possible Taste, which went out on Channel 4 in 2012. That show followed the Turner Prize-winning artist as he evaluated the notion of taste among different social classes and went on to win Bafta and Grierson Awards.

The new series, Grayson Perry: Who Are You?, will see the artist front another 3×60 series for Channel 4, this time chronicling the creation of a series of works of art featuring individuals who embody contemporary British identity.

All3Media is also selling Swan’s one-off doc Why Am I Still Single? The one hour doc has singletons examine each others’ lives in depth in order to answer the titular question.

Joe Evans said: “We’re thrilled to be working with All3 Media International on a more formal basis and look forward to expanding the range and ambition of Swan’s programming together.”

Ceire Clark, senior acquisitions executive at All3Media International added: “Swan Films are a dynamic and exciting company to work with. We love their fresh approach to programming and are delighted to be working together on a brilliant range of international projects for this first-look deal.”