A deal for Trace is close to completion with the Modern Times Group tipped to beat rivals to an agreement to buy into the fast-growing international channels group.

Trace has been seeking investment and a plethora of channel operators have expressed an interest with the number of parties understood to have looked at the privately-held business reaching double figures.

No deal has yet been formally agreed and discussions are ongoing, but sources have said MTG is in pole position to take an equity stake in Trace with news expected imminently. 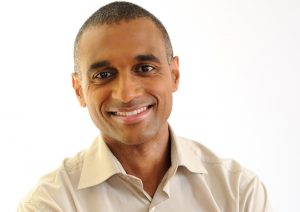 MTG’s broadcasting arm Viasat has also been expanding in Africa and if a deal were agreed the addition of the Trace channels will boost its ambitions in the region. It launched the TV1 channel on Tanzania’s digital terrestrial network rolled out the free-to-air Viasat1 channel in Ghana in 2008 and it is now the second-ranked channel in the country. Viasat pay channels are also distributed in Africa.

Trace was launched in 2003 by Olivier Laouchez (pictured). It has been expanding rapidly and has channels carried in over 150 countries. Millennial viewer-skewed Trace Sport Stars rolled out in 2012 and is carried in 30 million homes. The existing management of the company, including Laouchez and Trace Sports CEO Laurent Dumeau are expected to remain with the business following the investment.

Recent carriage deals for Trace channels have included Trace Sports Stars on Go in Malta, GET in Norway and Yes in Israel and ER-Telecom’s Dom.ru. It has also done a deal with SatMex subsidiary Alterna TV to get Sports Stars into Lat-Am and US Hispanic homes. Trace Urban recently launched in Norway, Sweden, Denmark and Finland on the Canal Digital platform. Trace also launched a personalised, interactive streaming music service, MyTrace, and a mobile phone brand last year.

MTG has been active in the mergers and acquisitions space in recent times building its MTG Studios production and distribution business with the acquisition of Scandi producer Nice Entertainment and UK-based producer and distributor DRG last year. A Trace deal would mark an expansion of its M&A driven activity into the channels area.