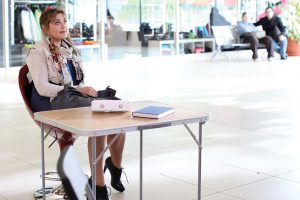 Sultan Sushi’s founder Johan Tuyaerts is leaving the company in the wake of deal that sees Red Arrow take full control of the Belgium- and Holland-based production company.

Red Arrow acquired a majority stake in Sultan Sushi in 2010 and has now bought the remaining equity in the business.

With Tuyaerts departing at the end of the month to “pursue new challenges”, the prodco will be run by Steven Allcock and Jan Keersmaekers, who will become co-managing directors.

Allcock joins in April from kids and family producer and distributor Studio100. Keersmakers has been COO at Sultan Sushi since 2003.

Since the original Red Arrow deal in 2010 the company has expanded from Belgium and set up in the Netherlands.

Jan Frouman, group managing director of the Red Arrow Entertainment Group, said: “I want to thank Johan for his valuable work. Johan has been with Red Arrow since our earliest days – and he has always been a model partner and colleague.”

He added: “We also want to welcome Steven to the group and congratulate him and Jan on their new roles.”

Tuyaerts said he thanked Red Arrow for “the faith they put in us little crazy Belgians”, adding: “I now feel like my task is completed, and I really would like to focus on catching up with my reading, perfecting my modest surfing skills, spending more family time with my daughters, teaching young new forces in media and getting new creative inspiration.”