Moore to the story 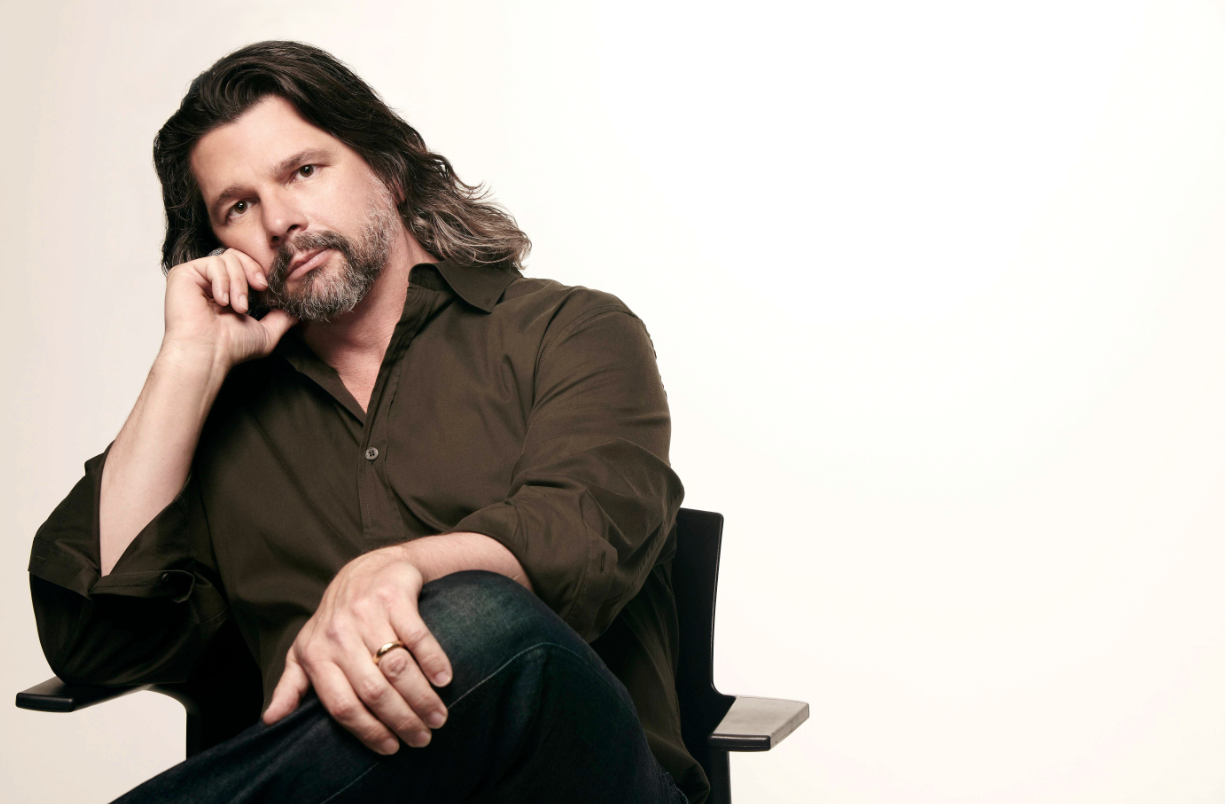 Sci-fi guru Ronald D. Moore is launching his first major new cable dramas since Battlestar Galactica but hasn’t lost his maverick sensibilities or passion for writer’s rights. He tells Jesse Whittock about the shows and why scribes are still losing out to networks.

Through Helix and Outlander, the sci-fi stylings of Ronald D. Moore returns to US cable screens this year. The man behind one of science fiction’s greatest critical hits, the Battlestar Galactica reboot, is concurrently working on both shows, which come through his prodco Tall Ship Productions’ partnership with Sony Pictures Television.

First up is Helix (pictured), a 13-part straight-to-series order that debuted on January 10. Ratings have been mixed, with the debut episode taking 1.8 million viewers (734,000 18-49s) according to Nielsen, which was way down on the launch of Syfy’s most recent hit, Defiance (2.7 million on debut). Subsequent episodes have dropped slightly. On the flipside the show has consistently destroyed Syfy’s DVR/catch up records for original shows, with the pilot increasing 18-49s on L7 viewing stats by 82% for a total of 1.34 million and total viewers by 64% for a total three million viewers.

The story follows a group of disease prevention scientists based at a remote Arctic facility who try to control the outbreak of a deadly virus that could threaten the entire world. The close and claustrophobic setting differs markedly to Galactica, which was an interplanetary story of war between a race of humans and cybernetic aliens and which Moore reimagined for Syfy to huge success for six years from 2003.

“Galatica was amazing – it all fitted together and it was great to be part of something very special, and now I’m in a place where I’ve got the sense that Helix is a very special project as well,” says the US-based scribe.

The script – “dark, disturbing; a bit of a horror show,” as Moore describes it – comes from Cameron Porsandeh and Lie to Me exec producer Steven Maeda is showrunner. Moore is an exec producer on the project and says the setting – a non-controlled polar region – and tone means it will well translate internationally. 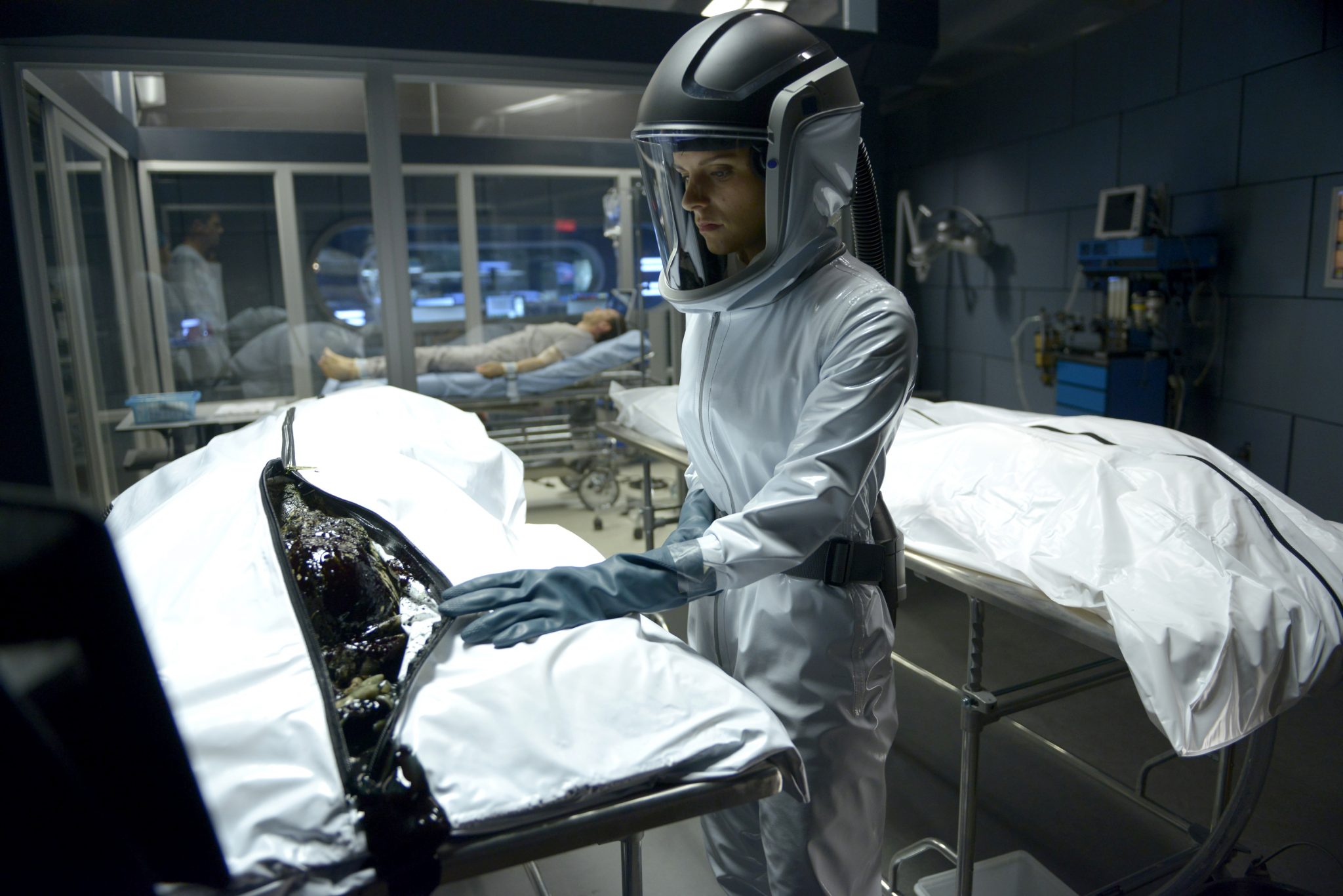 He also says the fact Helix bypassed the pilot process, which he calls a “bad economic model” and a “waste of an enormous amount of time and energy”, was a key factor in his participation in the project. Though licence fees on straight-to-series orders are lower, “it makes much more sense to commit to a whole show because then you can take you’re time, figure out how you’re going to do it and make it best it can be”.

He adds: “The broadcast space is dealing with pilots and the potential of the show being cancelled after one or two episode [and] the security is just not there as much. There are a lot of ways that cable is just more fun to write and produce for.”

Later in the year, Outlander will launch on Starz as Moore’s – and SPT’s – first series for the premium cabler. The 16-part show is based on a series of novels from Diana Gabaldon that have achieved cult-like status and will be produced by Tall Ship, Story Mining And Supply Company and SPT-owned Left Bank Productions in association with SPT, which will sell it globally (Starz has domestic pay rights).

It will be significantly more female-skewed than any of Moore’s previous works, which include his early work on the Star Trek franchise and the short-lived Galactica spin-off and prequel Caprica. Irish actress Caitriona Balfe will play Clare Randall, a mid-20th century nurse who is transported back in time to a warring mid-18th century Highland Scotland.

Fans have been concerned how Moore – associated with straight sci-fi projects – would approach the romantic elements of Gabaldon’s novels but Moore says he spent a weekend at the author’s home outlining his vision of an adaptation and that the pair subsequently clicked.

“Diana paid a lot of attention to historical detail and we are taking that side of it very seriously,” he continues. “We have a full time historian working on the show, we have Gaelic speakers, dialect coaches and medical advisors. We want it to be as authentic as the books.”

It feels like the corporations make an enormous amount of money on the backs of everybody – the writers, directors, crews. There are billions of dollars flowing into these companies and yet somehow, when it comes to compensating those who create them, they beg poverty

Moore is writing the scripts and exec producing alongside Jim Kohlberg. Shooting began in Scotland in October and the series will deliver later this year.

Besides his recognition as one of the most prominent sci-fi TV producers of the modern era, Moore is also well known as being among the most vocal advocates of writers’ rights, especially during the strikes that crippled Hollywood for more than three months in 2007 and 2008. Back then, he walked the picket lines after clashing with studio executives over payment for the emerging medium of web content – or as some would put it, the absence of payment for the webisodes that execs were beginning to demand.

The strike ended with a deal that gave writers guarantees of new media residuals – though later lawsuits and continued mudslinging suggest there are still issues to iron out – but does Moore feel the industry is now a fairer place?

“Digital revenues are changing things a lot. The landscape of viewership is changing. There isn’t a coherent model; the players are just grabbing individual pieces and hanging on to whatever revenue they can. Ultimately, the audience wants to watch whatever they want on any device at any time. The studios and the networks have to figure out how people can do that.”

Moore says “old rights agreements” relating to “dying formats” like DVD, plus “a lot of inertia” is hampering progress. “People don’t want to let that go,” he adds. 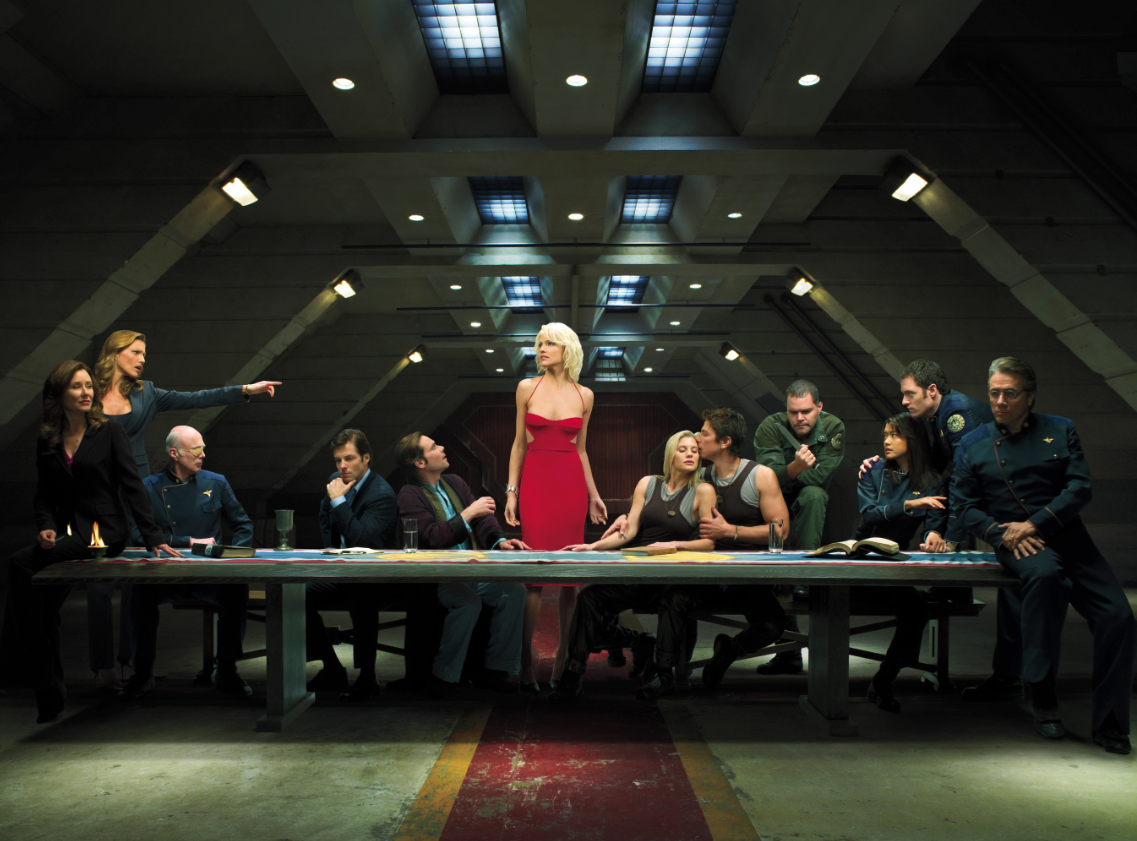 The debate over remuneration rages on, but the backdrop is changing with Netflix and Amazon both getting in on the original production space in a noisy way. This both offers opportunity and causes concern for writers, Moore contends.

“There’s a bigger market now – a lot more outlets. Broadcasters and web channels are expanding and getting into the network business in various ways. The different outlets allow you to create more idiosyncratic pieces for niche markets and you don’t have to have something for everyone. That’s all great. Writer’s compensation, however, is still lagging behind.

“We’re in a place were it feels like the corporations make an enormous amount of money on the backs of everybody – the writers, directors, crews. Essentially, there are billons of dollars flowing into these companies and yet somehow, when it comes to compensating those who create them, they all beg poverty.”

However, Moore says the biggest problem for scribes in 2014 is a not financial one but a creative issue. “You’re constantly trying to do something new and take risks and you are constantly telling the powers that be that it is risk worth taking: you don’t have to explain everything to the audience and that sometimes it’s okay they’re confused, for example.

“There are a lot of people who’s job it is to say no. If they say yes, they’re afraid they’ll lose their jobs. That’s the biggest challenge: constantly trying to get people to say yes when they almost always want to say no.”