BBC Worldwide is working on an English-language science fiction drama with Atresmedia, marking the first time the UK pubcaster’s commercial arm has coproduced with a European partner. 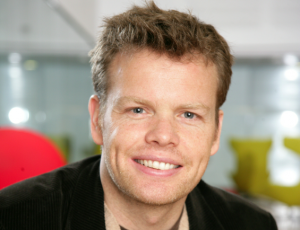 The series, The Refugees (Refugiados), will broadcast on Atresmedia’s commercial channel laSexta in the autumn. BBCWW is a coproducer, commissioner for international channels and global distributor. Grand Hotel producer bambu producciones is the lead producer.

The Refugees will tell the story of the impact on a small rural community when a group of refugees from the future travel back in time to seek shelter in the past.

BBCWW’s executive producer, international drama Ben Donald said the “appeal of using British talent whilst growing our content pipeline by sourcing it from a new European partner” drew the UK firm to the project.

“This is part of an emerging trend for some European networks to move into English language drama; we are now exploring this model to deliver cost-effective, high quality output. And combined with Atresmedia’s ambition and such an intriguing original story this was a collaboration too good to shy away from,” he added.

“At Atresmedia, we endeavour to achieve the maximum level in our fictional productions. Being able to address a project of this type involves considerable progress as regards quality,” added Sonia Martínez, manager of fiction at Atresmedia TV.

“It provides the possibility to innovate in our market and to create a product with international scope. We could not have a better colleague for this adventure than BBC Worldwide, which is responsible for some of most important audio-visual series in the history of television.”

The news comes in the same week BBCWW announced its third thematic channel brand, BBC Brit. It is possible The Refugees will find distribution on another upcoming thematic net, BBC First, which is being billed as the international home of BBC and BBCWW’s premium drama and entertainment brands.