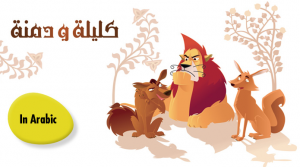 The net, which targets bilingual children, has partnered with JCC (Al Jazeera Children’s Channel) to bring the latter’s original shows to the platform in languages such as English and French.

Shows from JCC’s preschool channel Baraem such as Lulu and Marmar, Kalila and Dimna and My Arabic Home will be available on Oznoz, which is an iPad app featuring kids programming and books and comes from the husband and wife team behind 1001 Nights producer Big Bad Boo, Aly Jetha and Shabnam Rezaei.

“Bringing programmes loved by children and trusted by parents has been our mission for the past eight years and we are pleased to do so in partnership with Oznoz in North America,” said Saad Saleh Al-Hudaifi, acting executive general manager, JCC.