NBCUniversal saw fourth quarter revenues rise 7.5% to reach US$6.5 billion but parent company Comcast says it is “underweight” internationally and will look at acquisitions opportunities. 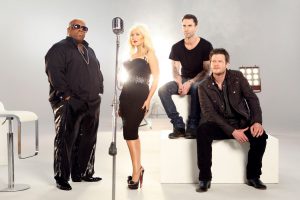 Both NBCU’s US cable networks – such as market leader USA Network and Bravo – and broadcast channel NBC posted year-on-year growth, bringing in revenues of US$2.3 billion and US$2.2 billion, respectively.

Growth at NBC will be especially welcomed by Comcast’s hierarchy, with shows such as The Voice and The Blacklist helping it become the top-rated US broadcast network in primetime.

NBCU has been growing its international footprint but Comcast CFO Michael Angelakis yesterday admitted “the view really is on international we are a bit underweight”.

Speaking on a conference call with investors, Angelakis said: “It’s really our goal to be very educated on a country-by-country basis and see if there are opportunities for us, whether it’s distribution or content that really makes sense from a shareholder value perspective.”

No further details of Comcast’s M&A plans were forthcoming, though it recently bought into Canadian producer Lark Productions, having drafted in former BBC Worldwide COO Sarah Cooper to expand the NBCU business internationally last year. In the US, Comcast is expected to go in with rival Charter to buy up Time Warner Cable.