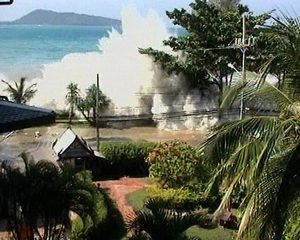 Initial shows from My Street producer Wellpark’s catalogue include Channel 4 doc Fabulous Fashionistas and upcoming BBC Two doc The Vikings are Coming, which looks at how Danish sperm banks have become the epicentre of the international baby trade.

Meanwhile, Zodiak Rights partnership with Nine Lives, another UK indie, has been extended by another two years. New shows added to the Zodiak library include  BBC One’s 4x30mins series Pound Shop Wars and 1x60mins doc The Trouble with Mobility Scooters.

Zodiak has also made a two-year extension to its deal with Special Edition, and has added BBC Four’s House of Surrogates and Channel 5’s Mummy’s Little Murderer to its line-up as a result.

Zodiak Rights has similar first-look deals with other UK unscripted specialists such as Storyvault Films.

It is also launching Tsunami: 10 Years On (pictured), an ITV 1x60mins doc from Minnow Films that launches on December 26, 2014, this year.